The Blouse Brothers have finished pre-production for their debut album

The Blouse Brothers consisting of lead vocalist / guitarist Chris Clark, drummer Jeff Mortimer, guitarist Gary Jordan and bassist Dave Elmore have finished the pre-production for their debut album and will be releasing a few singles in March 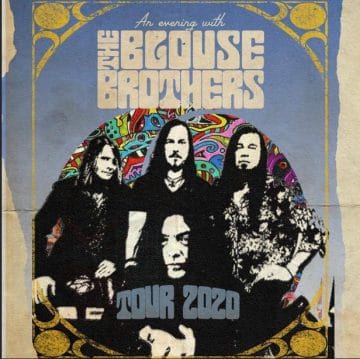 The band members used to also play in Babylon Shakes before deciding to disband that group to focus on The Blouse Brothers. In a Facebook post back in November 2019, the Babylon Shakes band members explained their decision as they indicated: “After we became a four piece band, we got to know each other even better and we discovered that we all shared similar passions for even older rock n roll, blues and country music. Before we knew it a fire had been lit and a creative wellspring had opened up into a different sound that we felt wouldn’t represent the Babylon brand name so we created The Blouse Brothers to showcase this new original material. We realized that not only had we found a new sound, but we found the voice of the band. More importantly, we found the heart and soul that we had all been seeking as lifelong musicians.”

The following message was posted on The Blouse Brothers‘ Facebook page yesterday (with slight edits):

“We’d like to wish everyone a Happy New Year!. We have just finished up pre-production for our upcoming release and are set to have a few songs available for sale on all musical outlets by March.

In the meantime, check out The House of Blouse.”

The Blouse Brothers‘ acoustic version of “Come Up And See Me” (posted on September 3, 2019):

“Come Up And See Me” by The Blouse Brothers

Acoustic version of “Come Up and See Me” from The Blouse Brothers.