The Claws consisting of lead vocalist Chad Cherry (The Last Vegas), guitarist Gary Martin, bassist Terry Love and drummer Tony Pacheco have released a video for their song “Stumbling Around” from their upcoming debut album No Connection, which will be available in two days (on January 10, 2020). 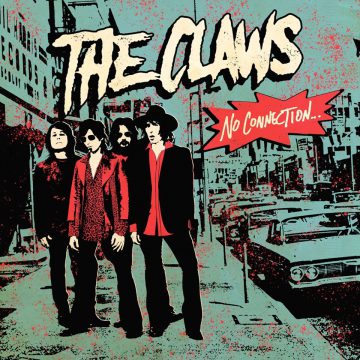 Sleaze Roxx readers may recall that Cherry‘s The Last Vegas landed the #1 album on the Sleaze Roxx’s Top Ten Albums of 2009 with their record Whatever Gets You Off to which Sleaze Roxx stated: “I can’t think of another group this year that captured the energy, decadence and outrageousness of the 80s as well as The Last Vegas. The band’s major label debut proved that winning Mötley Crüe‘s ‘Make Rock History’ opening slot contest was no fluke. Something else his album proved is that while the majority of new sleaze rockers are coming from Sweden, America still has a few tricks up its sleeve. With The Last Vegas on the scene the hard rock genre may have hope yet!”

The Claws‘ “Stumbling Around” video:

The Claws – Stumbling Around

‘Stumbling Around’ The second single from ‘No Connection’, the debut record from The Claws. Video was recorded on location in Hollywood, California.