The Claws consisting of lead vocalist Chad Cherry (The Last Vegas), guitarists Johnny Dzubak (ex-Blackpool Republic) and Gary Martin, bassist Terry Love and drummer Tony Pacheco have released a video for their song “No Connection” from their upcoming debut album, which will be released this summer. 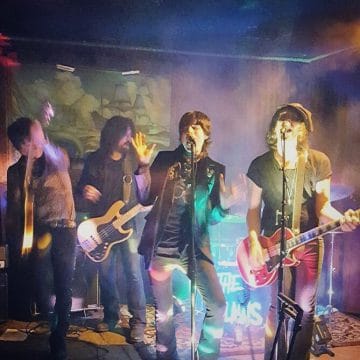 The Claws‘ “Story” on their Facebook page indicates in part:

The Claws formed in April 2017. The Claws play rock n roll in it’s purest sense, from the soul, from the heart, from the gut. Having years of experience slugging it out all over the planet, in dives, and in arenas, the members of The Claws have been molded into the audio equivalent of a barely legal bottle of scotch.

The band also cites non-musical influences such as authors like Hunter S. Thompson, Charles Bukowski, William Burroughs, directors like John Carpenter, David Lynch, and many, many other artistic influences from across the map.”

The Claws‘ “No Connection” video:

The Claws – No Connection (OFFICIAL VIDEO)