New York based rockers The Compulsions have released a video, which is one minute in length, for their song “Dirtbag Blues” from their upcoming album Ferocious. 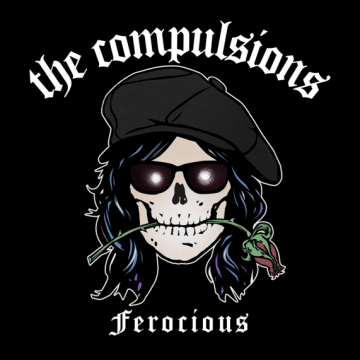 Although Compulsions founder Rob Carlyle has parted ways with drummer Frank Ferrer and guitarist Richard Fortus, both from Guns N’ Roses, as well as bassist Sami Yaffa of Hanoi Rocks and the New York Dolls, the notorious, New York-born front man has formed yet another high-powered recording unit and has a third full-length Compulsions album, Ferocious, now in the works.

An official release date for Ferocious has yet to be announced, however Carlyle & Co. give Compulsions fans a quick sample with a video for “Dirtbag Blues,” an especially raunchy and rowdy new cut from the group’s forthcoming album. 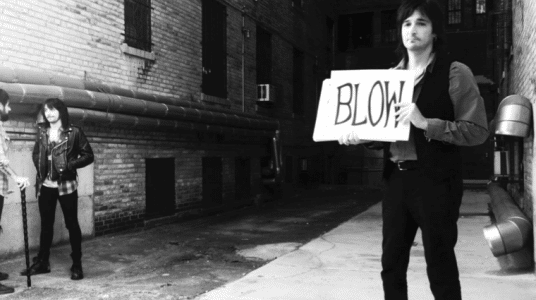 “[‘Dirtbag Blues’] is less than a minute long but it’s got enough sex, drugs and rock ‘n’ roll to fill an entire album” says Carlyle. “I challenged myself to write a song that ‘tells a story’ in 60 seconds or less. It wasn’t easy but it was a good songwriting exercise and it was a blast to record. We basically tried to combine Motörhead with Chuck Berry and maybe a little Sunset Strip-style sleaze.”

On December 15, 2017, a video for “Dirtbag Blues” will be released on the Compulsions’ Instagram and YouTube pages. The promo is an obvious homage to the video for “Subterranean Homesick Blues” by Bob Dylan, and features Carlyle with pals Jonny Dambrosio and Jaster Leon from New York band, The Nasty Things. Incidentally, Dambrosio and Leon also portrayed beloved New York Dolls guitarists, Johnny Thunders and Sylvain Sylvain respectively, in the short-lived, Mick Jagger and Martin Scorsese-produced HBO series, Vinyl.

“The video is just a little something to give fans while we finish up the new album. Like the recording, we had a lot of fun filming this. We did three or four takes in about 20 minutes. Then we went to lunch for a couple of hours,” tells Carlyle.