The Compulsions to release new album ‘Ferocious’ on November 13th 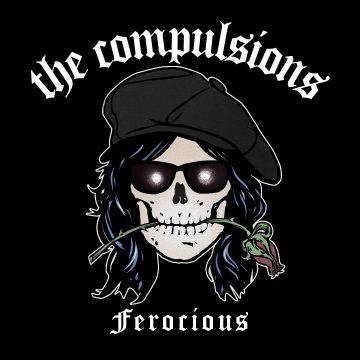 What’s more, these rave reviews often compared The Compulsions extremely favorably to a long list of rock luminaries such as Aerosmith, Faces, Lynyrd Skynyrd, the New York Dolls and even The Rolling Stones.

But despite such widespread acclaim, mainstream success would elude Carlyle with the subsequent disintegration of his much buzzed-about core line up: guitarist Richard Fortus, bassist Sami Yaffa and drummer Frank Ferrer.

Yaffa, also known for his time with Hanoi Rocks and the aforementioned Dolls, would move back to Europe so he could fully devote himself to making music with longtime buddy and hair metal progenitor, Michael Monroe. While Ferrer and Fortus would choose to continue performing to mixed reviews as replacement players in Guns N’ Roses on their seemingly never-ending Not In This Lifetime Tour.

These departures were crippling blows that would’ve caused a lesser front man to call it quits – but that’s not Rob Carlyle’s style.

Too determined (and perhaps too crazy) to simply fade into obscurity, the shaggy-haired vocalist/guitarist instead hunkered down and went back to doing what he does best: writing and recording today’s most dark, dirty and dangerous rock ‘n’ roll songs – and the resulting album, Ferocious, more than lives up to its name.

Past Compulsions releases Beat The Devil (2011) and Dirty Fun (2015), were ambitious albums of staggering scope and size and Ferocious certainly follows suit, with everything from old-school roots rock to back-alley sleaze-punk to funk-metal mayhem. 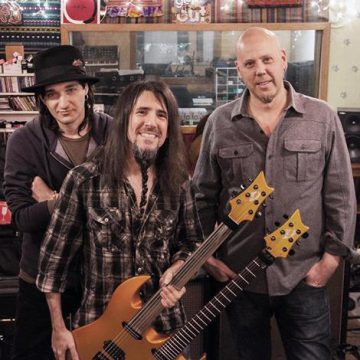 Music fans starving to hear from a real deal rock ‘n’ roller, instead of what passes for talent in today’s music world, are sure to lose their minds over the super rootsy “Born On A Landfill,” “Ferocious,” “Killer In The Woodshed,” and “Man With No Name,” the metallic madness of “Addicted,” “Band of Thieves,” “Dirtbag Blues” and “Funk #666,” and of course the drastically overhauled twin covers, “Dead Flowers” and “Dust N’ Bones.”

Carlyle explains the choice of covers on Ferocious:

“Ever since I started The Compulsions, the idea was to create a sound that lives somewhere between The Stones and GN’R. Like if you put Sticky Fingers and Appetite For Destruction in a blender. So, this time around, I thought let’s just spell it out for people by actually covering those two bands. I’ve always loved ‘Dead Flowers’ and ‘Dust N’ Bones,’ anyway, and I had a pretty good idea of how to put our own spin on those songs.”

The long-awaited Ferocious will finally be available via Amazon, Spotify and other outlets on Friday, November 13, 2020 – but eager rock fans can grab advance tracks “Dead Flowers” and “Dust N’ Bones” today by pre-ordering Ferocious right now from iTunes.

In addition to announcing a November 13 release date, a third teaser video for Ferocious has been posted by The Compulsions, with Carlyle, Bumblefoot, Morton, Ferrer and synth wizard, Andrew Sherman, performing “Funk #666” as the apocalyptic soundtrack. It’s an epic number where funk collides with metal and gets scorched to a crisp by the face-melting fretwork of Bumblefoot.

“I love all the tracks on Ferocious. But the music and lyrics of ‘Funk #666’ seem to really capture all the doom and gloom going on in the world today – and what’s kinda eerie is I wrote that song five years ago!” says Carlyle.

And don’t forget, you’ll instantly get advance tracks “Dead Flowers” and “Dust N’ Bones” when you pre-order Ferocious right now from iTunes! Your ears will thank you for it!

For updates on The Compulsions, keep an eye on thecompulsionsnyc.com.”