Swedish rockers The Cruel Intentions consisting of frontman Lizzy DeVine, guitarist Kristian Solhaug, bassist Mats Wernerson and drummer Robin Nilsson have dropped a video for their new single “Kerosene” from their upcoming sophomore album Venomous Anonymous, which will be available via Indie Recordings on June 3, 2022. 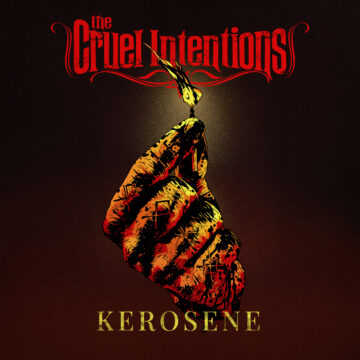 “As we are getting dangerously close to the release date of their anticipated sophomore album Venomous Anonymous (June 3rd); The Cruel Intentions drop yet another sweet, sweet spring track to their awaiting listeners!

Kerosene is a pure fire!
A battle cry for the young, fun, and restless.
Catchy as hell and feel good like a Saturday night,

“Kerosene” will have you walking away from all the bullshit and straight into the warm and moist summer of short-lived love affairs and careless nights. Through heavy yet arousing drums, tons of good vibes and a perfect sing-a-long chorus this is an intoxicatingly sly track seeking to spark you confidence just enough to have you fight back and let the world know when enough is enough.

With heavy melodic references to old school rock heroes like Def Leppard, Whitesnake and Poison, yet with the unique vocals of Lizzy DeVine and epic guitar licks placing the track straight into your modern sleaze favorites right next to Hardcore Superstar, Backyard Babies, and H.E.A.T.

The Cruel Intentions have seen a massive interest after three of their songs were featured in the Peacemaker HBO series, and the band’s first two singles “Sunrise Over Sunset” and “Reapercussion” got extensive attention home and abroad. “Kerosene” certainly up the level, and bites back with both an attitude and a catchiness that will make it your favorite in no time! 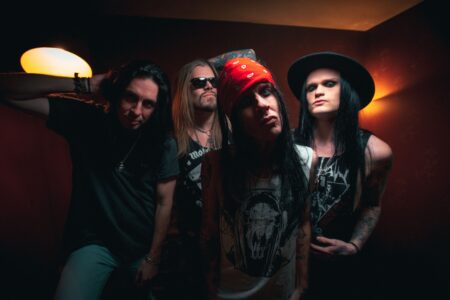 “Kerosene” is accompanied with a music video directed by Max Ljungberg and will be available everywhere April 26th.

About The Cruel Intentions:

The Cruel Intentions is exactly what you want and expect them to be; easy going, fast paced modern sleaze. The band plays around the esthetics of bands such as Guns ‘N Roses and Mötley Crüe, and carries on the legacy of good old Rock ‘N Roll into the contemporary youth of today. The songs are fast paced, humorous and at times really hard-hitting.

The result is feel good music with a fresh, original and modern expression, albeit strong roots in rock history. Easy to love and to relate to. The band was founded in 2015, by Mats Wernerson, Lizzy DeVine, Kristian Solhaug, and Eiliv Sagrusten who soon was replaced by Robin Nilsson on drums.

Lizzy DeVine lived several years in Los Angeles where he was the singer and songwriter of Vains of Jenna, a band that got their breakthrough the American era of Rock´n Reality tv with performances on shows like Jackass, Viva La Bam, and Kat Von Dee’s LA Ink. This no-fucks-given culture has no doubt shaped DeVine and his attitude towards music that is also evident in The Cruel Intentions music.”