Scandinavian sleaze rockers The Cruel Intentions have released a video for their new song “Genie’s Got A Problem.” 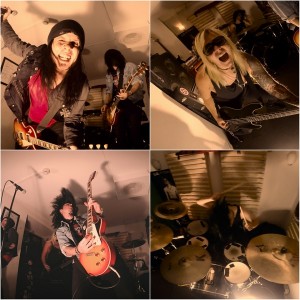 Wernerson explained the idea behind the video: “We weren’t going to make a video for this song in the beginning. People were asking for new material so we decided to record “Genie” and make it a X-mas gift to our fans. We had a budget of zero dollars so we did everything ourselves. The whole video is filmed with one gopro in a tiny room with cheap lights and we did not really know what we were doing [laughs]. Turned out pretty good though!”

DeVine stated the following about the idea behind the song: “There is no actual story behind the song! But I’m pretty sure we all know someone (woman or man) that likes to party a little too hard! This is a song about them! A Tragi-comic little story!”

The Cruel Intentions – Genie’s Got a Problem (Official)