Norway based sleaze rockers, The Cruel Intentions, have released a video for their song “Accidentally Intoxicated.” 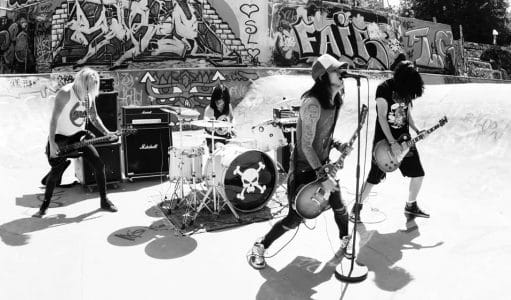 Speaking exclusively to Sleaze Roxx, The Cruel Intentions‘ bassist Mats Wernerson stated the following with the idea behind the new video: “The idea was to make the video look as un-scandinavian as possible. We wanted to get a California vibe to match the sound of the song. We recorded the first part in a skate bowl in downtown Oslo. It was hot as hell down there! Then to get an authentic feeling we invited our friends to my place and got drunk and enjoyed a great evening for the second part of the shoot.”

With respect to what are The Cruel Intentions‘ plans in terms of releasing new material in the future, Wernerson stated: “This will be our fifth single and fourth video so I guess it’s time to release an EP or album soon. Only time will tell.”

The Cruel Intentions have already released videos for the songs “Stare At The Sun,” “Genie’s Got A Problem” and “White Pony.”