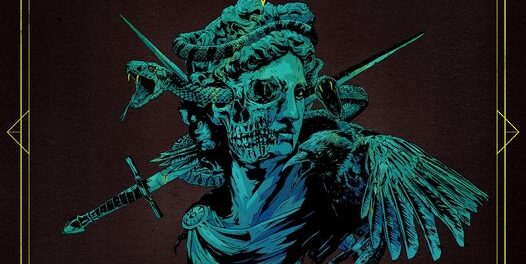 Swedish rockers The Cruel Intentions consisting of frontman Lizzy DeVine, guitarist Kristian Solhaug, bassist Mats Wernerson and drummer Robin Nilsson have unveiled a video for the title track from their sophomore album Venomous Anonymous, which was released via Indie Recordings back on June 3, 2022. 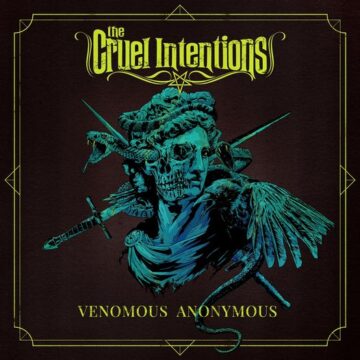 The Cruel Intentions‘ debut album No Sign of Relief finished at #4 on the Sleaze Roxx’s Top Ten Albums of 2018 to which Sleaze Roxx stated:

“After teasing everyone and releasing singles for a couple of years, The Cruel Intentions featuring former Vains of Jenna frontman Lizzy DeVine finally released their debut album No Sign of Relief and what an album it is! Touted by many as the “sleaze rock” album of the year, The Cruel Intentions simply provide a lesson on how to write great sleaze filled tunes. In an interview that I did with DeVine back in October, the singer explained that he thought that people would be more excited about having a new single every six months than an actual record but that he ended up being wrong in that regard. Perhaps the coolest thing about The Cruel Intentions‘ debut album No Sign of Relief is that the band members wrote the songs for themselves rather than to please fans or critics. DeVine advised: “….it goes to show that if you just write and record stuff that you really like yourself without thinking about what people might think of it, it comes out as an honest, “true” record. We didn’t write anything to get good reviews and we didn’t try to write hit songs. We just had fun and wrote something we could be proud of and enjoy drinking a few beers to while listening.” The results speak for themselves.”