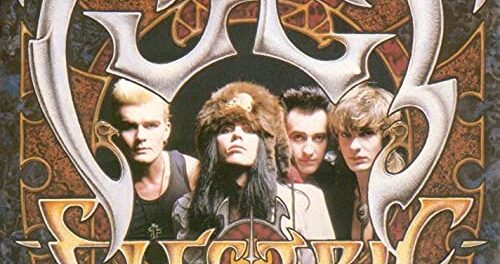 Duffy was asked about The Cult working with producer Rick Rubin on the album Electric (1987) after the group had already spent a lot of time working on the follow up to the record Love (1985). The guitarist indicated (as transcribed by Rod Yates): 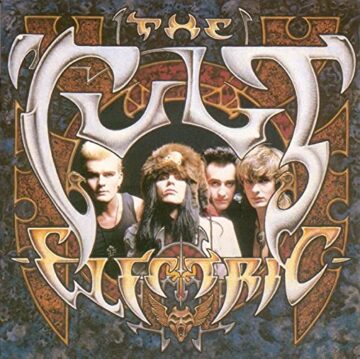 “We were a bit desperate. I think we realised the ship was sinking and we saw a little life raft with HMS Rick Rubin on it, and we jumped on board. Rick was all very hard tack and, you know, the lash, you know in the traditions of the Royal Navy, an American version. No, I mean I’m kidding, but you know, we were not stupid. We did the album Love, we had hit singles with it in England, we didn’t quite connect in America with it. So we started writing the follow-up, and the most important thing probably was we went on tour a lot and we went all around the United States and we were just absorbing different kind of music – we were listening to rock on the radio everywhere.

“People weren’t sort of apologetically going, ‘I like The Doors, I’m sorry’, you know, like in England – ‘Oh, I like Led Zeppelin’ whispering it. You know, in America it was like, ok to like The Doors or Led Zeppelin or Aerosmith or whatever rock band. They embraced that kind of music, unlike in the UK where because of punk, the tendrils of punk had made it so…the rules and regulations of punk conformity, which in itself is an oxymoron, but you know and we just rejected it. I mean the album Love was called Love for a reason, just to wind up the England press. Ian grew his hair really long on purpose, started wearing flares and psychedelic gear, and I was like, oh well, you know, I went short and spiky and did the psychedelic biker thing.

“Anyway yeah, so the Electric thing…we tried to do the album…we wrote some songs and it just wasn’t ready. We went with the same producer who did Love, Steve Brown, who sadly passed away recently, and it just didn’t work out.

“I don’t know why. We weren’t ready to record. Ian certainly wasn’t ready to record, and we wasted a lot of time and money on Peace. And instead of pulling the plug on it we saw it through to the bitter end, haemorrhaged a load of money, which is why we didn’t make money when we should have done.

“And then Rick kind of came forward as a bit of a life line and he just seemed to cut through a lot of the chatter and just was kind of like, ‘You like early AC/DC?’ and I went, ‘Yes, saw them in ’77.’ ‘You like early Aerosmith?’ I went, ‘Yes, didn’t see them.’ ‘Early Led Zeppelin?’ And we all went, ‘Yes’, and he went, ‘Right, let’s make a record.’

“And…that was as simple as that.

“The Beastie Boys came down the studio and started jamming on all our gear when we weren’t there. Like these little chimps, these impy chimps came down, and I was like, ‘What you doing?!’ And they were jamming on our gear, and it was weird, but fun. And you know that kind of changed us a little bit.

“And it’s also a portent of what was to come, we knew rock was coming back. We couldn’t probably articulate it, but I think the album states quite clearly, our belief that some of the values of good rock music had been lost with punk. The ’80s made some amazing music, it was going more keyboardy, that was great – not for me – and there were some great bands coming in the ’80s. In terms of out and out rock, you either had like new metal like Iron Maiden, Def Leppard, rock, metal, pop, and then there was us and we were kind of like more of a rock band. Ian’s naturally got a rock baritone voice, I’m naturally a rock guitar player by nature, so it wasn’t the hardest leap for us, although it was traumatic to give up the Gretsch, grab a Les Paul and lose all my effects pedals. I still get nightmares about that sometimes.”

You can listen to the interview with Billy Duffy by Rod Yates on Jaxsta‘s Humans of Music podcast via Jaxsta‘s website.