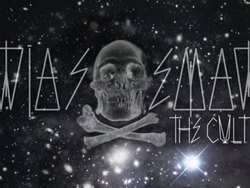 The Cult To Release New Single Through iTunes On August 1st

New Single Everyman And Woman Is A Star Released Exclusively at iTunes on August 1, 2010

As fans anticipate The Cult’s upcoming performance at The Sonisphere Festival at Knebworth on August 1, 2010, the band has announced the release of their first new studio recording since 2007, “Everyman and Woman is a Star”. The new single is being released as a two-week exclusive through the iTunes store.

Rock fans worldwide will immediately recognize Billy Duffy’s blistering guitars and Ian Astbury’s powerful vocals soaring over a relentless beat. This is the lead off track of a four song “Capsule” scheduled to be released in fall of 2010. As a thank you to fans for their support, limited edition “Cult Destroy Knebworth” shirts will be distributed as the band take the stage at Sonisphere on August 1st.

Rather than revisit the traditional method of releasing a long form CD, The Cult is getting new material to fans in the form of a “Capsule” a collection of not just new music, but film, art and fashion. The “Capsule” will span across multiple media formats including vinyl, digital, USB, CD and DVD formats. The first opportunity fans will get to hear “Everyman and Woman is a Star”, outside of seeing the band live, is through an exclusive distribution through Apple’s iTunes store.

This new release is a partnership between the band’s New Wilderness label and media pioneers Aderra. In 2009, Aderra recorded several live shows on the band’s U.S. and European tours including a sold out appearance at The Royal Albert Hall in London. The live recordings were released exclusively through a USB flash drive housed in a dog tag necklace. The success of this initial project lead to this partnership to release the new Capsule material on multiple formats.