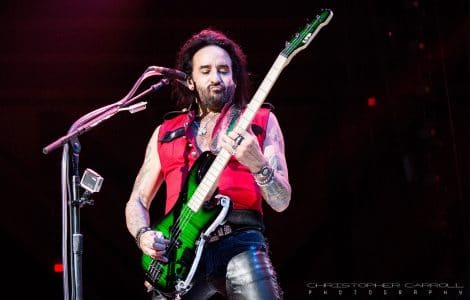 Marco Mendoza (Thin Lizzy, Blue Murder, Whitesnake, Lynch Mob, The Dead Daisies) will be embarking on a solo tour of Europe that will currently consist of 23 tour stops from March 21st to April 25th.

“Marco Mendoza, the acclaimed bassist of The Dead Daisies, Thin Lizzy and Whitesnake, will embark in a European Spring tour in March and April. The musician just signed a deal with Seaside Touring and will bring the Viva La Rock 2019 Tour to several countries, in the dates stated below.

Mendoza comments: “I’m really looking forward to visiting the UK and Europe this coming Spring, March and April. I will be bringing to you some music from my new release “Viva La Rock”  and other favourites. Thank you for all your support, and i will see you there! Peace, love and respect always!“ 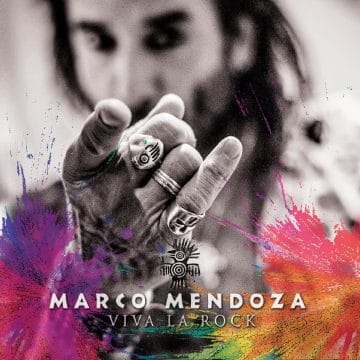 Sleaze Roxx stated as follows in its review of Mendoza‘s solo album Viva La Rock, which was released back in March 2018: “Viva La Rock not only features Marco Mendoza, but also Soren Andersen on guitars.  Sleaze Roxx has been positive on Andersen’s other project, Electric Guitars, over their past two albums. The combination of Mendoza and Anderson has paid off with this particular record.” Sleaze Roxx concluded in its review: “Marco Mendoza has built a solid guitar based album with Viva La Rock, although I do sense real influence from Soren Andersen.  There are some really solid tracks to be found here, a la Electric Guitars.  This is worth investigating for yourself.”

“Viva La Rock” is taken from the album “Viva La Rock” to be released on the 2nd of March world wide through Mighty Music (ex. Japan by Ward Records).Pre-orde…