The Dead Daisies featuring singer John Corabi, guitarists Doug Aldrich and David Lowy, bassist Marco Mendoza and drummer Brian Tichy have released a new video for their song “She Always Gets Her Way (All The Same)” which premiered on 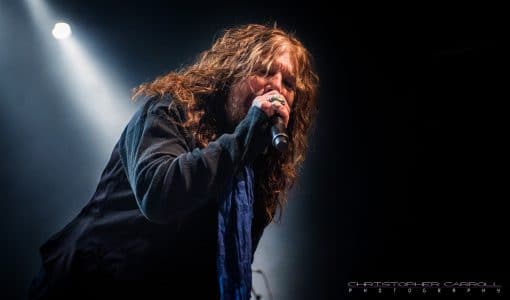 The following are excerpts from the Billboard article:

“The visuals enlist a choppy animation style to depict a coke fueled, drama-filled narrative in which the front man finds trouble with the fact that his significant other enjoys a similar lifestyle to him.

Vocalist Corabi had plenty to say about the inspiration behind the track, explainin, “In lieu of some of the psychotic and crazy women that I somehow managed to find and get involved with, writing the lyrics for this was quite easy! I’ve kinda realized that I’m ‘that guy’ that could walk into a nudist colony in a full-length fur coat and ski mask, and I would be the one that left with mosquito bites! That’s my life with women, well in the past anyway… hopefully!””

The Dead Daisies‘ “She Always Gets Her Way (All The Same)” video:

She Always Gets Her Way – All the Same The Dead Daisies A Monkeyshine Studios & Goodswen Media ProductionAnimation Frame Artist:Jonathan Mari…