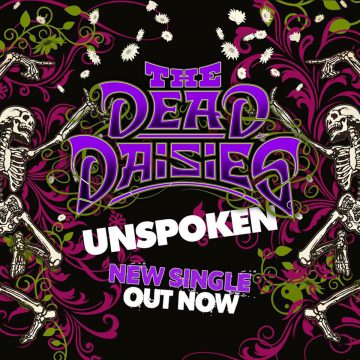 “Influenced by 70’s and early 80’s rock, The Dead Daisies‘ sound is soulful and accessible – equal parts of Aerosmith, Bad Company and Foreigner: muscular vocals, bluesy riffs, big choruses, powerful melodies and strong hooks. With stellar musicianship and pulverizing live shows, fans across the globe are discovering the band that is bringing back Rock & Roll!! This is their story. Fasten your seatbelts…

The Dead Daisies, formed in 2012 by guitarist David Lowy, are a musical collective created by a rotating line-up that has featured some of the best rock musicians on the planet. Those include: