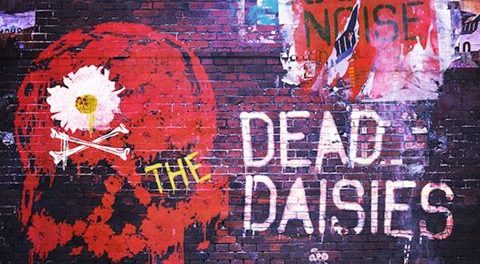 The Dead Daisies featuring singer John Corabi and guitarist Doug Aldrich have released the title track from their new album Make Some Noise for streaming. 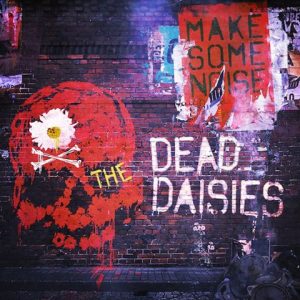 The Make Some Noise album will be released on August 5, 2016.

In a recent interview with Sleaze Roxx, Corabi stated the following about how fast The Dead Daisies came up with their new album: “It was pretty quick. We worked quickly on ‘Revolucion’ too. We had that album done within a month. We started writing that album on March 10, 2015 and we had that album written, recorded and mastered within a month. We shot the video for “Mexico” during one of the days while we were in L.A. rehearsing for the tour. That was around the last week of May [2015] and we started out with KISS in Europe the first week of June [2015]. We were pretty much on the road non-stop from the first week of June [2015] through the week before Christmas.

I recall we had done the KISS Kruise and it was around that time that David Lowy and our manager mentioned that we were doing another record. We were going into the studio at the beginning of 2016. I was surprised as well. These days, bands tour behind a record for a while. The truth is the band was unhappy with our previous label and the distribution of the record. We switched labels and the new label wanted a new album from us instead of working the old record while we recorded the new album. We have our own imprint ‘Spitfire Music’ and we have these record labels distribute the album for us.

I have to say that the only difference between ‘Make Some Noise’ and that last album ‘Revolucion’ is that this album is more ‘straightforward’ rock ‘n’ roll where the last album was more ‘eclectic’ in my opinion.”

Check out “Make Some Noise”, the massive title track of our new album, which will be released on Aug 5th, 2016.Stream, download, pre-order album and check ou…