The Dead Daisies release video for “We’re An American Band”

In celebration of the United States of America’s Independence Day, The Dead Daisies have released a video for their cover of Grand Funk Railroad‘s “We’re An American Band.” 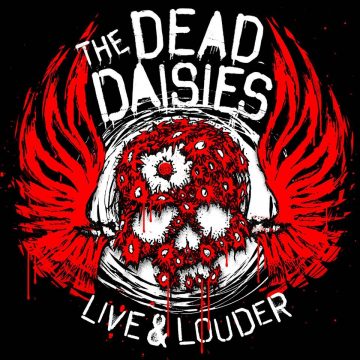 Singer John Corabi: “We first did “American Band” by Grand Funk Railroad for our troops in South Korea. We wanted to bring a little bit of something “American” to our men and women in uniform, and give them a taste of home. So, what better way than a classic American tune by a legendary American band. The song went over so well we decided to keep playing it and subsequently recorded it for our “Live and Louder” album. Enjoy the Daisies version, the video, and your FREEDOM the troops are fighting for on this celebration of our independence as a young, sovereign nation!!!”

Fresh from their European Tour playing at some of the biggest rock festivals and sold-out headline shows, culminating in beyond capacity headline performances in Salzburg, Budapest, Prague & Japan, the band are making their way to the USA. Don’t miss them on their first-ever North American headline tour entitled “The Dirty Dozen” marching across the USA in August. Get tickets here: www.thedeaddaisies.com/thedirtydozen

The Dead Daisies’ latest live outing “Live & Louder” continues to garner explosive reviews around the world and is quickly becoming a fan favorite being viewed by them as “best sounding live album of all time”. Rock & Roll is indeed alive and well!!

The “Live & Louder” World Tour is happening NOW. These are the upcoming US shows:For more dates, please visit http://thedeaddaisies.com/showsInfluenced by 70…