The Dead Daisies featuring singer Glenn Hughes and guitarist Doug Aldrich have released a video for their acoustic cover of the Humble Pie classic “30 Days In The Hole.” 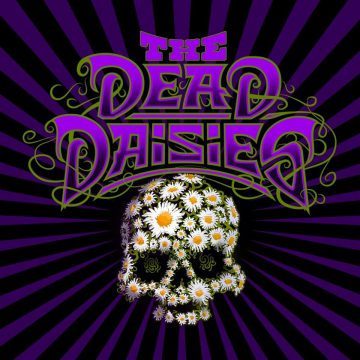 The caption for The Dead Daisies‘ video on YouTube indicates:

“Influenced by 70’s and early 80’s rock, The Dead Daisies sound is soulful and accessible – equal parts of Aerosmith, Bad Company and Foreigner: muscular vocals, bluesy riffs, big choruses, powerful melodies and strong hooks. With stellar musicianship and pulverizing live shows, fans across the globe are discovering the band that is bringing back Rock & Roll!!

Wikipedia states the following in part about the song “30 Days in The Hole” (with slight edits):

“”30 Days in the Hole” is the seventh single by English rock group Humble Pie, from the band’s 1972 Smokin’ album. The song received moderate radio airplay at the time but failed to chart. However it gained a following on album oriented rock and classic rock radio formats and consequently it remains one of Humble Pie‘s best known songs.

The B-side on its US release was “Sweet Peace And Time”, while everywhere else the B-side featured “C’mon Everybody” and “Road Runner”.

The song, a Steve Marriott composition, bemoans being arrested for possession of small quantities of illegal drugs, including cocaine; Durban poison, a potent strain of marijuana; and Red Lebanese and Black Nepalese, two types of hashish. “New Castle Brown” is often mistaken as a reference to Newcastle Brown Ale but actually refers to heroin also known as “Brown” or “Smack”.

Pie guitarist Clem Clempson has said it is one of the tracks he would most like his career to be remembered by. But the predominant group personality shown through by the song is Marriott‘s; so much so that when years later Clempson was asked about efforts to reform the group without Marriott, he simply declaimed, “It’s a waste of time.”

In the years since, “30 Days” has been recorded by several groups, most notably Gov’t Mule, Mr. Big, and Kick Axe, and is a live staple of Canadian rock band The Trews.”