The Dirty Denims describe their Rockpalast experience, which will be broadcasted online on April 23rd

Dutch rockers The Dirty Denims consisting of lead vocalist / guitarist Mirjam Sieben, guitarist Jeroen Teunis, bassist Marc Eijkhout and drummer Suzanne Driessen recently finished a recording session at the world famous Rockpalast in Bochum, Germany and have elected to share some of their experience with the world. The Dirty Denims‘ last studio album Ready Steady Go! finished at #3 on the Sleaze Roxx’s Top Ten Albums of 2020 and back in December 2021, they released an album titled Raw Denim, which is a collection of some of their best songs recorded live in a studio. 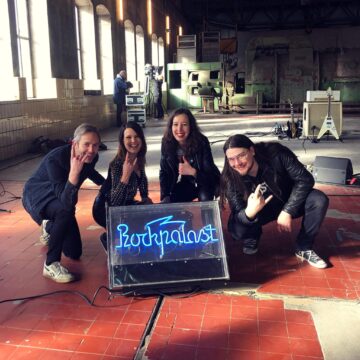 “Last Friday a dream came true: we did a recording session for ‘the big and famous’ Rockpalast! Bucketlist checked!

Maybe you saw already something about it on social media, on our stories we shared behind the scenes footage. We also recorded with our own camera how all the camera crew is working during our performance, and we will share it with our members later.

The day started early and stressfull. We had to be in Bochum Germany at 10 am, so the alarm was set at 6 am, and we found out immediately that our sound technician was ill. So we had to check if we could find another one, but that wasn’t possible so last minute and so early in the morning. Too bad for him too, because he had Rockpalast on his bucketlist too.. 🙁

We were glad that we already did a soundcheck the Sunday before so most settings were set. But still we had to bring and set up the sound table and monitors and connect it the right way ourselves.

We are happy that we had a hero of the day: our own Marc who recently finished his audio education. Without him we would have had a very big problem, but he managed to set it all up (with some help of Suzanne) with the ill sound technician on the video-call-helpline when needed.

The location was super great, an old (and cold!) building with a big green ‘machine’ in it.

After that, we also did 1 song acoustic and an interview in a different room.

If you are curious about the result, you have to have patience: they will broadcast it online on 23 April and on TV on 24 April.

And great news that it all is opening up again! In The Netherlands from last Friday most things are ‘like normal’ again. This March we have 4 shows coming up, hope you will be there! 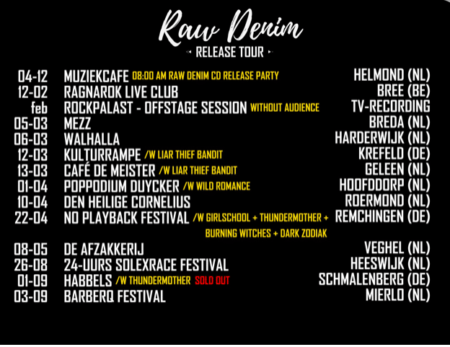