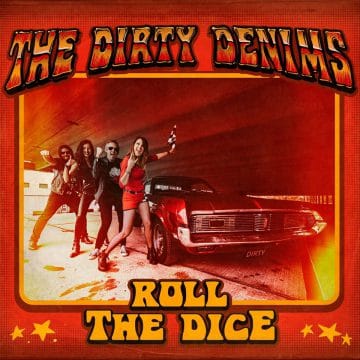 The Dirty Denims played on large festivals like Lowlands, Rockin’ Park, Zwarte Cross and Bospop, and supported Slash, Golden Earring, Extreme, Cheap Trick, Steel Panther and The Datsuns. Their song “24-7-365” got them national airplay on the biggest radio station of the country. The song also was featured in 2 international Comedy Central campaigns. The song “Back With A Bang!” is featured on the compilation-cd that comes with Classic Rock magazine UK, November 2017 (circulation 70,000 editions worldwide).”

The Dirty Denims‘ “Creatures of The Night” live video: