The Dirty Pearls singer Tommy London has released his debut solo single “Sugar Red” from his upcoming debut solo album Emotional Fuse, which is slated for a release this summer. 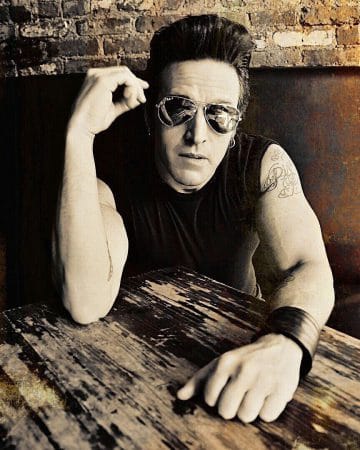 Speaking exclusively with Sleaze Roxx, London was asked how long his debut solo single had been in the making to which he replied: “Well, my guitar player, Matt Hogan, and I had been writing for about a year and half/two years before we went into the studio with producer John Fields (Pink, Jimmy Eat World) last January and recorded the album. Feels good to finally be releasing a song! I couldn’t wait for everyone to hear what we were working on.”

In terms of what happened to The Dirty Pearls, London stated: “Nothing really happened. Just on the back burner for right now. Everyone in the band was working on different projects outside the band so I felt that this would be perfect time for me to explore the solo venture with these new songs Matt and I wrote that weren’t really “Dirty Pearl” songs. Ya know?”

With respect to how London‘s solo material differs from The Dirty Pearls‘ material, the singer advised: “Well there are a few songs on the album that some people might argue that they could have been Dirty Pearls‘ songs but that’s mostly because I was the main writer in the Pearls so that element will always be there in some way shape or form, ya know? But there are some songs that really lean towards a more pop side of things. My debut single “Sugar Red” really represents the albums perfectly because it has both of those elements in it, rock and pop.”

Finally, London stated as follows about his plans for the rest of 2018: “Next up will be a video for “Sugar Red”, probably one more single after that and then it’s time to hit the road and release the album, which will be called Emotional Fuse. I’m shooting for a summer release! Can’t wait!”

Sugar RedWritten by Tommy London & Matt Hoganwww.tommylondon.comAvailable on iTunes, Spotify, Google Play, Amazon and everywhere else you go to purchase/stre…

Whenever I need to feel inspired, I strap on my boots and strut the streets of New York City. From the downtown charm of the Lower East Side to the chaotic …