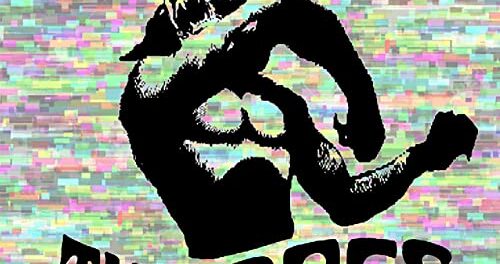 The Dogs unleash video for single “Welcome To The Revolution”

Michigan, USA based The Dogs consisting of frontman Loren Molinare, bassist Mary Kay and drummer Tony Matteucci have released a video for their new single “Welcome To The Revolution.”

The Dogs‘ “Band Bio” on their website indicates in part (with slight edits): 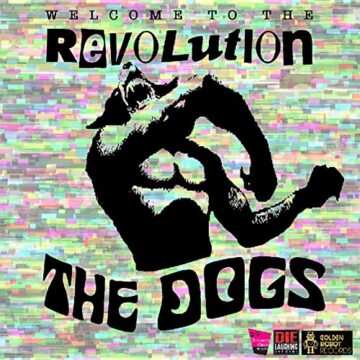 “In the Detroit/Ann Arbor/Lansing nexus The Dogs rocked hard, fast and precise (energy-maniacs onstage they may have been, their proficiency as teens cast them practically as rock prodigies) with their own original songs from the get-go.  They opened for the likes of MC5, Stooges, Amboy Dukes with Ted Nugent, SRC etc. etc. etc. throughout the late ’60s/early ’70s as commemorated in “Hypersensitive’s” “Motor City Fever” a real knock-out dating from the same era as the bands it name-checks in one of this band’s most powerfully riffed songs ever.

In the later ’70s, The Dogs moved to NYC opening for KISS and The Stilettos (proto-Blondie). Television and all manner of punks watchful of The Dogs’ pared-down but hardcore Detroit rock performed in their own torn jeans and leather jackets. “Our normal street clothes because,” laughs bassist Mary Kay, “we couldn’t afford stage clothes.” Relocation to Hollywood mid-decade would find them opening for AC/DC, the Scorpions, and well, everybody, even Guns N ‘Roses a decade beyond.  The mighty “Slash Your Face 2012” bonus track on the CD dates from this golden age of punks, with the original finding distribution by their self-inaugurated Detroit Records circa 1978. The ’80s and then newly-recruited and present drummer Tony Matteucci found The Dogs fomenting songs like “Nothing Lasts 4 Ever” as included on “Hypersensitive.”

But then the amazing occurred. The classic Detroit sound was vindicated though hundreds of thousands of hard rock fans and bands, continuing to this very second. And The Dogs’ reputation via the emerging internet had accelerated their doggy tale into its present, deserved status of bona fide, singular, committed, hardest rock/power trio/punk rock legends. The Dogs were reclaimed as native Midwest sons (and daughter) of Relevance, bookings and live DVD “Purity Not Perfection” of same ensuing. In the Far East of the globe, an aggregate of 29 assorted Japanese alt-punkbands styled an entire tribute CD to The Dogs entitled “Doggy Style,” mid-wifed by Detroit Jack’s Future Now. Then came The Dogs’ tour of Japan in 2007 to capacity-filled venues of rabid Dogs’ fans. Vintage Dogs’ classics were re-released on modern young labels like Dionysus. Brand new songs like “Good Time Girls,” “What Goes In Quiet..” and “Hypersensitive” were written for this very release which resurrects their Detroit Records label.

In the parallel release of “Doggy Days,” 2-disc live performance DVD of The Dogs in Japan replete with astonishing, historic audio like Sid Vicious and Tony Sales jamming with The Dogs at the Whisky A Go-Go, 1978 and other rare treasures sound-tracked against montages of The Dogs’ entire band history with flyers, headlines (yes, they were arrested. Repeatedly) and many, many stunning photographs such as those by yours truly, MC5 legend, provocateur, humanitarian and still performer of his own supercharged guitar riffs, Brother Wayne Kramer wrote an extended booklet essay on The Dogs’  four-decade continuity as a group. In same he proffered, “…The Dogs: brutal, hard-charging, ferocious, uncompromising, committed, raw, etc. et al. But that all seems to miss the point. The point is really… That their work continues to be important to the band themselves and a community of friends and fans around the world fortifies and validates their accomplishment… Is this important? I think it is. Why? Because it tells me I’m not alone. I’m not the only nutcase out there who cares… That The Dogs have existed in a corner of the world of music on their own, under their own power means more to me than hit records and mass marketing… They made it happen in the face of a world that said, ‘Just who in the hell do you think you are?’  ‘We’re The Dogs’ is the only answer that matters.”

Once upon a time in mid-’70s Los Angeles, The Dogs surreptitiously were lumped into the Do It Yourself ethos of the nascent punk scene, ironic since they had zoomed past all that before they even relocated there and started their High Times rehearsal/recording commune and Detroit Records label on Gower Street in Hollywood. They’d already fashioned same as teenagers in the late ’60s without industry connections, blowing the locals and visitors alike offstage in all the important venues of the Detroit/Ann Arbor/Lansing radius, later accomplishing same in Greenwich Village, New York City ’74 where their punk community sure noticed what The Dogs were doing, even if the rest of the entertainment world remained deaf, blind and moronically obstructionist.

D.I.Y.? Old hat much? For The Dogs rather, their enduring credo was Do It Anyway, come hell, high water, or the foremost enemy of rock and roll, the passage of time.  Just… Do It Anyway.”

The Dogs‘ “Welcome To The Revolution” video: