The End Machine release video for track “Leap of Faith” 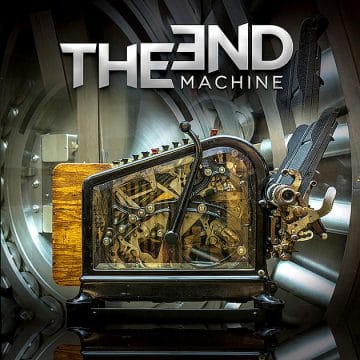 released a video for their song “Leap of Faith” from their debut self-titled album, which was released today via Frontiers Music Srl.

Sleaze Roxx stated the following in its review of The End Machine:

“So, what’s the end result? Well, at first, I was skeptical. My first listen wasn’t what I expected. Then again, I didn’t place my focus properly. I was thinking Dokken of 1987. Possibly, I was also thinking Lynch Mob of 1990. This isn’t that. This is four great musicians, who are older, who have grown and taken their musical knowledge, blending it into what we have here — The End Machine. Can I make comparisons of past work? Possibly. I mean, there’s elements of Lynch’s playing that invoke thoughts of past solos. I think that’s more in terms of sound and not duplication. There are spots where you can blatantly hear a Jeff Pilson influenced vocal back up or parts where Robert Mason could have sung a melody line similar on a Warrant song. The track “Ride It” could possibly have been ”New Rebellion” from Warrant’s Louder Harder Faster album, but you could also make the comparison to the “Tooth and Nail” track, so do we really need to make these comparisons? I think we should think of this album as an entirely new entity. Can you do that?”