The Erotics featuring lead vocalist and guitarist Mike Trash have parted ways with long-time bassist Billy Beer who had been with the band since 2007. The group also announced Beer‘s replacement as Tony Culligan.

The Erotics‘ press release on January 11, 2019 stated (with slight edits): 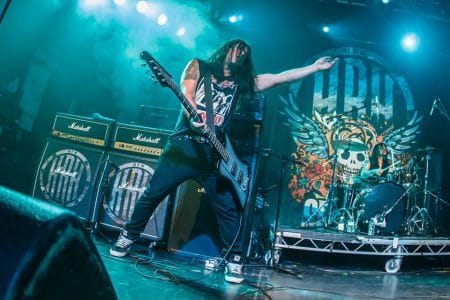 “Things have been a little quiet the past few months, but recently we’ve been working on new songs that we’re scheduled to record the end of February with Don Fury producing. The upcoming release titled ‘The Songs Remain Deranged ‘ is expected to be out in the UK this May, and worldwide in June on Cacophone Records.

Also, in bass player news, the band has parted ways with longtime bassist Billy Beer who’s been with the band since 2007. But we’re happy to announce our new guy Tony Culligan, that Mike [Trash] and Doug [Reynolds] play with in other projects, is now on board and The Erotics are firing all cylinders again.”

“Billy joined in [the] summer 2007, just after we released 30 Seconds Over You. Lately, he’s been focusing more of his time in the Motocross industry and unfortunately can’t commit to that and the band. As for Tony, we’ve known him for a few years, as Doug and myself have played with Tony in [a] ’70s classic rock side project. So he was pretty much the first person I thought of to join us, as he’s a solid player and knew our set the first rehearsal we had with him.

Right now we’re just fine tuning the brand new tracks before we [start] recording [in] February. Then, we head out to do a little traveling in May in the UK, and the US/West Coat in July.”