The Erotics to record new album in early 2017

New York area sleaze and punk rockers The Erotics have announced that they plan on recording a new album in early 2017 with a release planned for the summer of 2017. 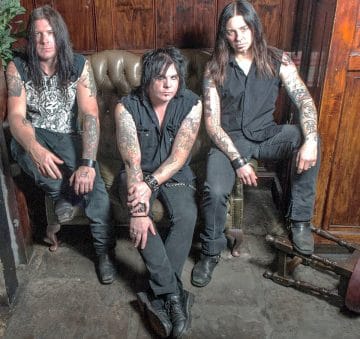 “The Erotics are due to record a new full length studio album in early 2017, once again with the legendary Don Fury, which will be released in the summer of 2017, we also want to announce the return of our longtime drummer Johnny Riott, he was with the band from 2004-2016, and has been back on board for our past few gigs, and has signed on to back full time with us again!!! Our new songs are coming together great, and we’re excited for everyone to hear them!!!

Also we recently launched our pre-order campaign for The Erotics best-of compilation, ‘20 Years of Nothing to Show for it,’. 40 song 2-CD set, and Picture Disc and other cool merch due February 1st. FREE Instant 13 track download with every pre-order!!! The response has been amazing! Huge, huge thanks to all of you who have given us your support right out of the gate! You all ROCK”

Sleaze Roxx stated the following about The Erotics‘ EP Three Sheets To The Wind released back in October 2015: “Dirty sleazy rock n’ roll” — The Erotics‘ website has those words near the bottom of the home page and they are quite fitting to describe the group’s sound on its EP Three Sheets To The Wind. I would however expand the description “dirty sleazy rock n’ roll with a punk edge.”