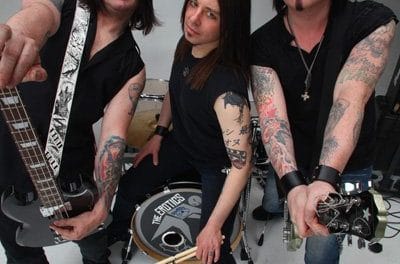 The Erotics to release ’20 Years And Nothing to Show For it, The Best Of The Erotics’

New York based rockers The Erotics are poised to release a “best of” album to celebrate their 20 years of existence in January 2017. 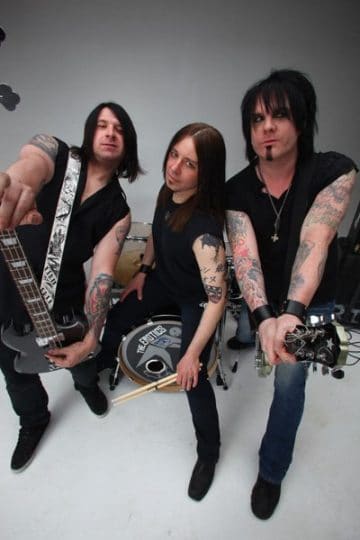 “1996 — The world was still sobbing over Kurt Cobain. Bands like Pearl Jam and Hootie ruled the radio. Mike Trash couldn’t have cared less. He wanted to rock like his heroes once did. Why would one need “alternatives” to Alice Cooper and the NY Dolls?! He wanted to bring the rock with his guitar draped to his knees and his manhood swinging in the wind.

And that he did. Called his band the Erotics. Put out a record. Then 2. Then 10. Before he’d have time to get his fill of drinking, fighting, and… well, you know… 20 years had passed. Trash and company’s very existence, for two-decades now, flies in the face of everything they teach kids today about “rock.” Everything in that stinkin’ “Hall of Fame.” But, nevertheless, they exist. They continue to bring their brand of sleazy riffs and infectious hooks all the way from LA to the UK. And that, my fellow rockers, needs to be celebrated!!!!

Belly up to the bar and party with Mike, Billy & Johnny on their 20th Anniversary by grabbing one of the many items available here, some of which you’ll never see again, including an ultra-limited vinyl picture disc and much more. Place your pre-order today, and you’ll get an INSTANT DIGITAL DOWNLOAD of the 13-track vinyl edition of “20 Years…” to rock-out to while you wait!!

The following message was posted on The Erotics‘ Facebook page earlier today:

“We have 40 track-2 CD set, Picture Disc and all kinds of cool merch packages that will be available in January, but you can pre-order now…

Place your pre-order today, and you’ll get an INSTANT DIGITAL DOWNLOAD of the 13-track vinyl edition of “20 Years…” to rock-out to while you wait!!

All Operators Are Standing By!!!!

20 Years of Nothing to Show for It, the Best of the Erotics! Open today for pre-order, a deluxe 40-track, 2-CD set and very limited companion picture disc — the first Erotics’ vinyl ever — celebrating 20 years of the band’s mission to MAKE ROCK-N-ROLL GREAT AGAIN! Special 20th Anniversary T-shirts, hoodies, and other exclusives you can only get here…”

There are 65 days as of November 28, 2016 to pre-order through The Erotics‘ Pledge Music Campaign.