New York sleaze rockers The Erotics will be releasing their latest studio album United We Can’t Stand via Cacophone Records on July 15, 2017. The group is providing a preview (see below) of its new album by making its song “Pretty Little Bomb” available for streaming this weekend (May 13-14, 2017). 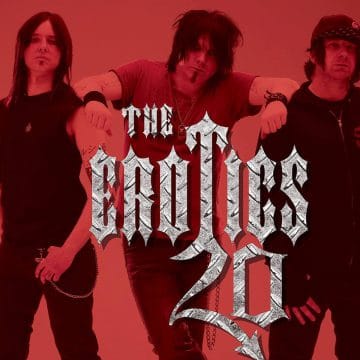 “Just quick update to let ya’s know we have a brand new studio album, due out July 15th. via Cacophone Records, which was recorded one again with our longtime producer Don Fury. It’s will be released on Cd, Digital, and Cassette formats…..YES, we said CASSETTES!!!! New album is titles ‘United We Can’t Stand“…

Also, our 20th Anniversary 40 song/2 CD set is now available via our website, along with our limited edition picture disc, hoodies, t-shirts, & bandannas, all available in bundle package sets as well: http://www.eroticrocknroll.net/index.shtml“

Pretty Little Bomb by The Erotics, Rock music from Albany, NY on ReverbNation