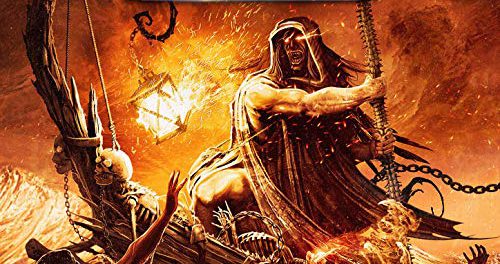 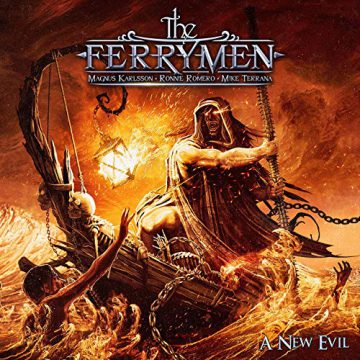 “The Ferrymen released their self-titled debut album in June 2017, taking the fans of European melodic metal sound by surprise. Now the band returns with the follow-up, “A New Evil”.

The new album is a shot of adrenaline for all lovers of melodic heavy metal!

Musically, you can expect very heavy melodic metal fusing the songwriting and epic structures of the great Allen/Lande records (of which Magnus Karlsson was the main architect of the first three widely praised releases) with the Ronnie James Dio-esque vocal approach of Romero. Let’s not forget that Romero was hand-picked by Deep Purple and Rainbow‘s legendary guitarist Richie Blackmore to be the lead vocalist for Rainbow‘s recent reunion shows, so the Dio comparison is more than accurate.

With stunning artwork courtesy of Stan W. Decker and an outstanding mix courtesy of Jacob Hansen (Volbeat, Pretty Maids, etc.), The Ferrymen’s new album, “A New Evil” will take the metal world by storm in 2019!”

The Ferrymen‘s “A New Evil” video:

Subscribe here for more videos – http://radi.al/SubscribeFrontiers | From the album A NEW EVIL. Get your copy NOW: https://geni.us/ANewEvilFollow the “Rock …