The Fifth release video for new single “No Going Home”

North Carolina rockers The Fifth have released a video for their song “No Going Home” which is their first new released music in over seven years. 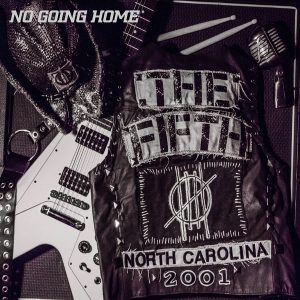 The Mid Atlantic region’s best kept secret, The Fifth, has unleashed their first new music in over seven years today with “No Going Home,” the lead single from their upcoming, as yet untitled Ep.

Regarding the single, singer Roy Cathey says, “This song is a departure from anything we have released before. It has a very organic sound like Sabbath or Zeppelin – gritty, raw and a bit bluesy,” while guitarist, Icky Jim comments on the video itself: “We were very fortunate to get Justin Reich (Five Finger Death Punch, Ace Frehley & Paul Stanley, Black Label Society) for the video. He actually took a short break from working with Shinedown to do us. Justin‘s a laid back, cool dude – so easy to work with. And he did an amazing job on the video. We couldn’t be happier.”

The quintet, who blasted out of the eastern North Carolina area in 2001, releasing three albums and an Ep along the way and hitting radio hard with their hit single, “The Gift” as well as storming Japan in 2009 have laid low since coming back from that tour. Cathey explains, “The past few years we have had some member changes looking for the right combination of players and personalities. We feel like we have the right group of people in the band to take this to the next level now. I couldn’t be more excited.”

THE FIFTH – No Going Home