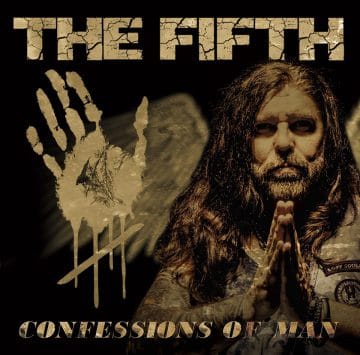 “I had wanted to title this post confessions of a man, however, I want to be clear that the title of the album from The Fifth is Confessions of Man. We undertook the project of remixing and remastering this 2008 album nearly a year ago. Now that we are near the completion of the task, I wanted to take a moment to explain how we got here and the philosophy, methodology, and the self imposed limitations we placed on the project.

1. During the negotiating with the band, they expressed interest in the rerelease of some of their back catalog specifically the Confessions of Man album as they felt it never got a fair shake when it was originally released and they were never happy with the final master of the album. Fortunately, we discovered that the original recordings and a copy of the masters were kept by Andy Pow at Digital Wave Recording. When we sat down to review the masters, it quickly became clear that there was not just a simple mastering issue with the album but there were technical and mix related issues that would have to be addressed before any remastering. Knowing we had access to the original raw recordings, and feeling that the content of the album was strong enough and did not feel dated, we elected to embrace a remix and remaster of the entire album.

2. As with any large undertaking that involves a relook at historical recordings, some clear ground rules were necessary to keep us from running down unproductive rabbit holes. First, we retained tho original recording engineer and mix artist to ensure we maintained integrity of the album. Second, we applied a strict no new recording of material. We would use only the material recorded in 2008 to include out takes if necessary to fix errors. (We held to this except for one small part of one track for which there was no usable recording to address the issue). We also restricted ourselves from substantive changes to the structure of the songs or the order of tracks.

3. So what did we do? We stripped each track back to the raw audio capture and relooked every processing decission from base EQ, compression, effects, tuning, bussing and grouping. We listened carefully to each part discarding unnecessary layering and discovered buried accents lost in the mud. Once we had our cleaned up audio, we began to remix the songs ensuring the newly uncovered nuances found a place and that the original character and intent was maintained.

So we are left with a clean new take on a ten year old album that stands up well next to present day records. Here is sneak peek at the cover art. It’s a tip of the hat to the original release but new like the album itself.

Now we just have to finish all the small details and get it out to be manufactured. Then starts the release promotion cycle. Stay tuned for additional details on the album release.

Sorry for the long post. However, I hope this gives everyone some insight into the coming release.