The Fill Ins release video for cover of KISS’ “Strutter”

North Carolina rockers The Fill Ins have released a video for their cover of the KISS classic “Strutter” from their EP No Love Lost , which was released yesterday (on July 20, 2018) and is available on cassette (limited quantity of 50) and digitally. 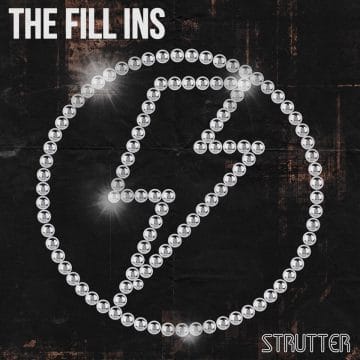 The Fill Ins‘ Bio on their website states (without the quotes and with slight edits): “Conceived in the summer of 2010 and officially debuting in 2013, The Fill Ins have strived to become the high octane rock n roll machine that you see today. From 2013 til 2016, the band stuck close to home fine tuning their live show opening for legendary acts like The Reverend Horton Heat, Koffin Kats, GBH, Total Chaos, Joe Buckyourself, and Wednesday 13. Today; the band consists of Alex Stiff on vocal and guitar, Mikey Black on lead guitar, James “Captain” Nunn on bass, and newcomer Adam Patterson on drums.

It started in the early spring of 2010 when a young Alex Stiff set out to form the greatest rock n roll band in the Southeast. After bouncing between different hardcore punk and metal bands, Alex called in a bunch of former members from the bands he played with in Roanoke VA to create a band with a distinct sound and style. Jason (singer at the time) and Alex just started writing songs with no mindset of a sound or style; if it was good music, they would play it. Some of those early songs are still played to this day, including the classic battle cry; “Shut The F**k Up” and the band’s first party anthem “Let Go”. After only 3 shows and 2 drummers later, the band imploded, causing Alex to uproot from VA to move back to his home town of Charlotte NC to start with a clean slate and a brand new band.

No time was wasted in looking for a new batch of band members to get The Fill Ins back up and running again. After a few months, bassist Shay Hooks and temporary drummer Chris Engler, with Alex taking over the role of front man and singer became the new Fill Ins. The band worked out the songs that were already written previously, and started working on new songs for a forthcoming album. The record was never recorded with this lineup, but a lot of those songs showed up on “Hipster Killers” the following year in 2014; including “Save The Rock” and “Bastard of Society”.

Once Chris’ time to relocate from NC to SC occurred, Alex and Shay went on the hunt for a new drummer. Eventually, a mutual agreement was made to part ways and The Fill Ins were stagnate for over a year with no real plans on bringing the band back from the dead for a 3rd time.

Like a lot of things in life, The Fill Ins just could not be stopped. After a long period of inactivity and spending the day with long time friend and soon to be bassist Steven Touchton in early 2014, the two of them decide to get the band off the ground for one last time. 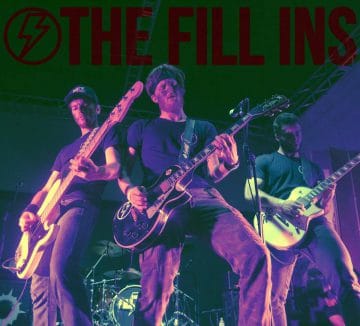 During this period of inactivity, Alex had played with local rock n roll band 21st Century Goliath while their guitarist was unable to perform for a year, so he contacted former 21CG drummer Matt McCoy to see if he was interested in playing some rock n roll again, and he agreed almost immediately. Not even 2 practices later, unknown lead guitarist and mutual friend Mikey Black joined us really took us to that next level of sound they needed.

The line-up worked hard to get show ready and they debuted The Fill Ins unannounced at The Milestone only 2 weeks later to a packed house and they were off to the races. After a lot of writing, the band went to Concord NC to record their first full length album titled “Hipster Killers” with brand new bassist, James “Captain” Nunn.

In late 2014, The Fill Ins meet up with Steve Coleman; owner and producer at Fithman Studios. They recorded a cover of the Ramones’ classic “Ignorance Is Bliss”, and decided shortly after that we would use FMS to record their following album.

Once the band started working on material for their forthcoming album “5th Time’s The Charm” in 2015, they realized that this would be the first release to feature all new songs written with the current line-up; as the previous album “Hipster Killers” was written between three different line-ups and only a handful of those songs were written with the current line-up. So they decided to film the writing and recording process and released a “Making Of” documentary to coincide with the release of the album; giving a detailed look into their recording process and the events leading up to it.

“5th Time’s The Charm” seemed to resonate with fan base and quickly made the song “Spit In My Face” an overnight favorite. The single “Spit In My Face” garnered the attention of local and regional radio stations in the USA, many internet radio shows across the globe, and even helped them land quite a few shows.

In June 2016, long-time drummer Matt McCoy departed from the band to pursue other musical endeavors and Adam Patterson of the local hardcore band “Deadlock” joined them on drums.

With Adam behind the kit, the band quickly got back into writing and preforming mode. After getting some new shows and some writing out of the way, the group released a digital single “Saturday Night” to help promote the new lineup. Later in 2016, The Fill Ins partnered with local record company No Profit Records and released a 7 in vinyl of the second new single “Hit The Gas”.

In early 2017, The Fill Ins returned to Fithman Studios to record the follow-up to 2015’s “5th Time’s The Charm“; titled “The Time Is Now” featuring six brand new songs, plus the two singles from 2016 on CD for the first time. With reception for the new record being the best the band has received to date, you can assure that The Fill Ins are here to stay!”