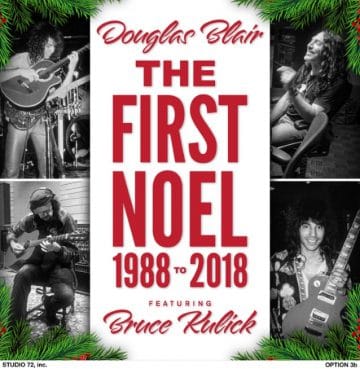 W.A.S.P. guitarist Douglas Blair has released a cover of the traditional Cornish Christmas carol “The First Noel 1988 to 2008” which also features ex-KISS guitarist Bruce Kulick. The song gets the ’80s rock ballad treatment and is available for free download via CD Baby until December 25, 2018.

“In 1988, Blair, then the lead guitarist for East Coast rock trio RUN 21, recorded and mixed “The First Noel” at Courtlen Studios in Hanson, MA — Extreme’s home base studio. The recording utilized cassette, 2” and 1/4” analog tape — along with early computer-automated mixing — yet was never officially released.