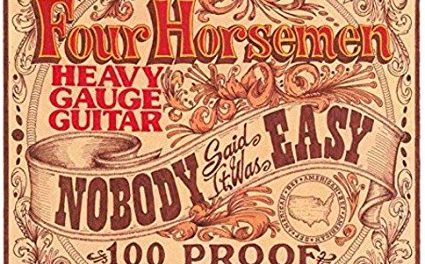 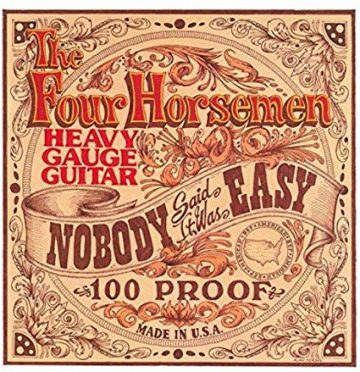 American hard rockers, The Four Horsemen, will be celebrating their 30th year anniversary with the release of their debut full-length album Nobody Said It Was Easy on vinyl. The release is limited to only 500 copies.

The Four Horsemen rhythm guitarist Haggis states as follows in the promo video below (as transcribed by Sleaze Roxx):

“Haggis here. I don’t get excited about much but I’m pretty fucking excited about this. This is test pressing for the about to be released reissue of Nobody Said It Was Easy on vinyl. Those who are old enough to remember — in 1991 when the original record came out, the American industry decided that vinyl was not the way to go. Subsequently, Nobody Said It Was Easy was never released in the United States on vinyl. It was released in Europe with a shitty cheap cover with a shitty pressing on shitty vinyl. You can only get it now on eBay for a ridiculous amount of money so we thought, “Fuck that! We’re going to fix that shit!” So we’re re-releasing it. White vinyl, 500 copies only, gatefold sleeve with an amazing picture of the 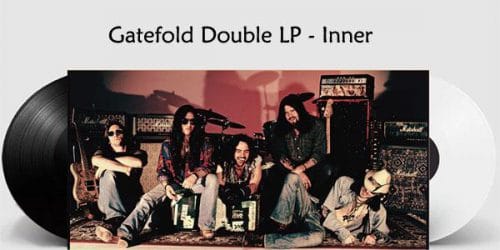 band that you’ve never seen before that is an outtake from the original album cover shoot. But the really fucking cool thing, if that isn’t enough, the greatest fucking rock n’ roll record of its generation is this, which is the album given away free with it that comes in that gatefold package. It contains the original Welfare Boogie, which also hasn’t been available for 30 years and a number of outtakes from the original Nobody Said It Was Easy sessions. It also contains the last recording The Four Horsemen ever made as a band in a recording studio, which was a cover version of “The Night They Drove Old Dixie Down” recorded on Christmas Day…. 500 copies of these. Once they’re gone, they’re gone so fucking buy one.”

You can pre-order the limited edition vinyl of Nobody Said It Was Easy at The Four Horsemen‘s website.

NOW SHIPPING! Nobody Said It Was Easy – 30th Anniversary Vinyl Release. Get it here:https://www.thefourhorsemen.com/products/nobody-said-it-was-easy-30th-an…

NOW SHIPPING!Order the 30th Anniversary re-release of “Nobody Said It Was Easy” here:https://www.thefourhorsemen.com/products/nobody-said-it-was-easy-30th-an…