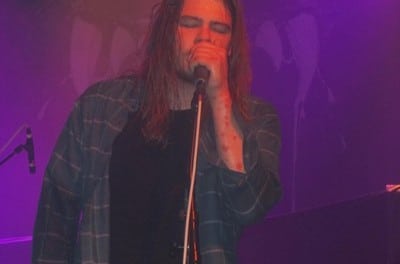 The Glorious Sons‘ frontman Brett Emmons has recently publicly disclosed that he suffers from psoriasis but that the condition is not stopping him from pursuing his musical career and journey. 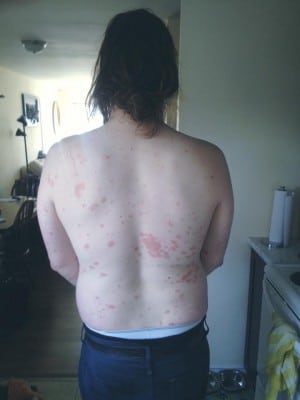 The following message was posted on The Glorious Sons‘ Facebook site yesterday:

That red shit on my back, that’s Psoriasis. It reacts to beer, carbs and cigarettes. So basically… Everything I love. When we’re playing and I sweat, it feels like tiny little fire ants are biting every inch of my body. I’ve got it everywhere right now.

However, I have clothes on my back, a little bit of money in my pocket, and I get to live my life singing all over the continent. If psoriasis is my worst problem, I’m a pretty lucky guy.”

The Glorious Sons opened for Airbourne on the Aussie group’s Canadian tour back in the fall of 2014 and ironically, one of the photos taken of Emmons clearly showed some red spots on one of his arms that Sleaze Roxx elected not to comment on. Instead, Sleaze Roxx stated the following in its review: “… as soon as the band broke into their first song, I instantly knew that I would like their music laden with heavy riffs yet lots of melodies. I am not sure why, but the band has some sort of indescribable magic to 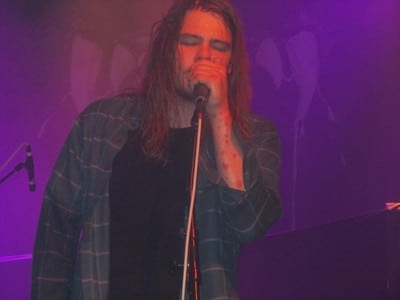 them. As predicted by my friend Mark, lead singer Brett Emmons does possess that mystical star quality. Albeit, the guy did not move that much sometimes but his vocals were really good and his passion for the music was clearly evident. He reminded me of Tragically Hip frontman Gord Downie with his quirky and sometimes unpredictable stage moves and how he seemed to often be lost in the music. This comparison might not be much of a stretch since both The Glorious Sons and Tragically Hip are Canadian bands hailing from Kingston, Ontario.”

Sleaze Roxx stated the following in its subsequent review of The Glorious Sons‘ album The Union: “Although The Glorious Sons play a brand of music that I would not have necessarily gravitated to on my own, or via my usual music channels, I am very happy that I got to see 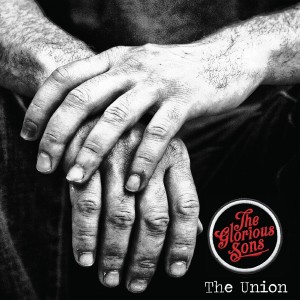 the band play live as I surprisingly enjoy all of the diverse songs on The Union. Everything from the background vocals, the at times big upbeat sound, and the band’s ability to speed up and then slow down their songs, all highlighted by Brett Emmons‘ captivating vocal delivery makes every song a special one. My favorite songs on The Union remain the three fastest and heaviest ones — “Heavy”, “White Noise” and “The Union” — but following closely behind are “Mama”, the easy to sing along to and breakthrough single “The Contender” (which showcases all of the band’s qualities), and the beautiful piano based “Amigo”. Along with “Amigo” I even enjoyed the other two slower tracks “Gordie” and “Lover Under Fire”, which border between ballad and pop territory. Those of you who have read some of my prior reviews will know that ballads are often a sore point with me, but The Glorious Sons even pass that hurdle. The Union is the kind of brilliant yet diverse record that Alice Cooper could have come up with.”

The official music video for The Glorious Sons’ single “Heavy”, from the album “The Union”, available now. http://www.theglorioussons.com.Listen to The Union…