Very sad news as The Godz founding member and lead vocalist Eric Moore has been diagnosed with stage 4 bladder cancer. 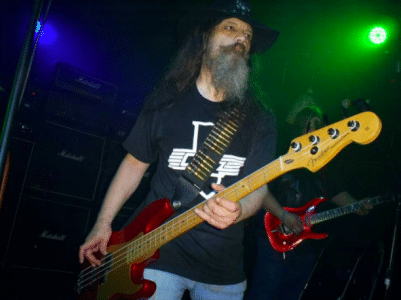 “Legendary founding member of the Godz, Eric Moore has been diagnosed with stage 4 bladder cancer. Eric Moore is one of Columbus, Ohio’s icons leading the Godz fans, known as Rock-n-Roll Machines, down a path of hard-core partying and debauchery, over the last five decades. Signed to Casablanca Records in the late 70’s, the Godz were to be the antithesis of Kiss (also signed to Casablanca Records). Eric was also signed to Electra Records in the early 70’s with his band, The Capital City Rockets.

Eric is in failing health and he would love to see all the Godz fans and friends one last time. There are two scheduled dates where Eric will make an appearance. The first is on April 28, 2019 at the Summit County Fairgrounds located at 229 E. Howe Road, Tallmadge, Ohio  44278. The second appearance is scheduled for Godzfest on May 18, 2019, being held at the Barn located at 1947 Linden Ave. Zanesville, Ohio  43701

Eric has two releases coming out this year: a Live 2018 CD and Eric Moore & The Legion of the damned CD. It is also rumored that a very limited edition 45 will be released, hand signed by Eric himself. The 45 will contain two of Eric’s favorite songs from the Rare 4 disc Vault series on FnA Records (www.fnarecords.net).  If you would like to buy any of the Godz CD’s including:  The Vault 1, The Vault 2, The Vault 3, The Vault 4, A Tribute To Eric Moore Volume 3, and the well-received album Mongolians, visit FnA Records.  A portion of all Godz sales will be donated towards Eric’s mounting expenses. Additionally, a Best Of album is available through RFL Records.  Donations can also be made directly to Eric’s management team located at:

Eric Moore has given so much to the Hard Rock community and legions of Rock-n-Roll Machines around the world. Let’s share some of that love back with Eric by giving back to him. Eric would also love to receive cards and letters from his fans at John Gard Management sent to the aforementioned address.

May Eric have peaceful moments and pain free moments as he embarks on his final journey – Raise one high for Mr. Eric Moore.”