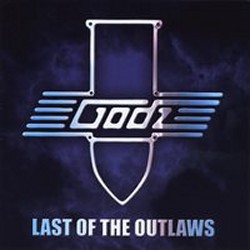 The Godz Launch New Website To Coincide With Latest Release

The Godz are pleased to announce the launch of their new official website, www.TheGodz.us. Already it is expanding to accommodate upcoming releases from The Godz on FnA Records. Also, an online merchandise store selling Godz paraphernalia is in the planning stages along with more surprises.

The May 2012 launch of www.TheGodz.us coincides with the release of the band’s brand-new CD ‘Last Of The Outlaws’, available now from record stores worldwide, CDBaby.com, iTunes, Amazon MP3, and many others. Mixed by Joe Viers at Sonic Lounge Studio, and mastered by Rodney Mills who has earned over 50 gold and platinum records for engineering, producing, and mastering, ‘Last Of the Outlaws’ captures the classic Godz sound that made the band a favorite among bikers and blue collars and an enemy of parents.

The Godz are an American Hard Rock band from Columbus, Ohio fronted by the legendary Eric Moore. Formed in 1976, they have released eight albums and toured with artists such as KISS, Metallica, Cheap Trick, Judas Priest, The Outlaws, Angel, Blue Oyster Cult, American Dog, Pat Travers, and so many more. The better part of 2011 was spent making the new album, although the group did manage to squeeze in a host of road dates to round out the year. New dates will be announced soon.