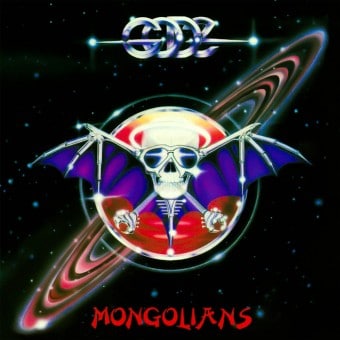 One time KISS counterparts, The Godz, have decided to release some of the band’s previously unreleased material as well as some of the hardest to find albums from their long career.

The first release is the very sought after and hard to find re-release of ‘Mongolians’, the Godz’ foray into the heavier eighties hard rock style — differing from the previous efforts which were more 70’s hard jam influenced tunes. If able to even find a copy of the ‘Mongolians’ CD online, a die-hard will usually have to shell out between $50 and $70. Well, no longer is that the case as FnA Records proudly re-releases a newly remastered version of The Godz gem.

The Godz perform a “Harley Davidson, rough-and-rugged, grab your bitch by the hair, and listen up” style of hard rock. They hail from Columbus, Ohio… and well quite frankly, in that neck of the woods, the band really are Gods. They are hailed and heralded by young and old alike and reverred by the rest. This arena rock outfit has seen its ups and downs, but the fans have stood right there by the band regardless of the makeup of the members (the only one true constant that has carried the torch forward has been founding member Eric Moore).

On ‘Mongolians’, Eric recycled a lot of the tunes that appeared on ‘I’ll Get You Rockin’, an album that was only available as an import. The new face would be entitled ‘Mongolians’ and would showcase a style that was relevant to hard rock and heavy metal circa 1987 — the best way to really categorize the sound is melodic heavy metal. From the opening note of “Criminal Mind” throughout the closing moments of “Fire”, the listener is bomblasted with solid gritty heavy metal with all the skill and relevance of any other band doing the same thing at the time.

The original release was very poorly publicized and didn’t get the exposure it needed or deserved. However, bands like Metallica never forgot the importance of this band, and showed respect to them by letting the band open a few shows.

‘Mongolians’ is surely one of those gems that has been a hole in many a collection. Now at a reasonable price (and with the option of a fan pack version and a super fan pack version available as well), everyone can fill in that missing piece by visiting fnarecords.net.