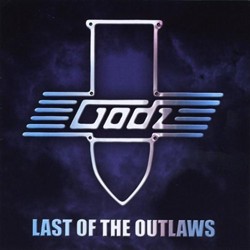 The Godz Release New CD ‘Last Of The Outlaws’

Rock and roll machines The Godz are celebrating the April 2012 release of their brand new album, ‘Last Of The Outlaws’. The CD is available for purchase, and can be sampled, at CDBaby.com, www.sleazeroxx.com, and many others.

The Godz are an American hard rock band from Columbus, Ohio fronted by the legendary Eric Moore along with Steve DeMatteo (guitar), Vinnie Salvatore (guitar/bass), Scott Martin (guitar) and Terry Evans (drums). Formed in 1976, they have released eight albums and toured with artists such as KISS, Metallica, Cheap Trick, Judas Priest, The Outlaws, Angel, Blue Oyster Cult, American Dog, Pat Travers, and so many more. The better part of 2011 was spent making the new album, although the group did manage to squeeze in a host of road dates to round out the year.

Mixed by Joe Viers at Sonic Lounge Studio and mastered by Rodney Mills, who has earned over 50 gold and platinum records for engineering, producing, and mastering, ‘Last Of The Outlaws’ captures the classic Godz sound that made the band a favorite among bikers and blue collars and an enemy of parents.

The Godz will be announcing an album release show later this spring.

Meanwhile, The Godz will be releasing three albums and a first ever DVD via FnA Records. The label will release three albums by the Godz in May of 2012.

The first album will be the legendary 1978 Laredo Texas show — the full show has been remastered and the sound has been enhanced and will surely be a treat for old-school Godz fans.

The second release will be the first ever American release of the classic Godz album ‘Mongolians’. ‘Mongolians’ is a highly sought after gem that Godz fans have been clamoring for over the years. Probably the band’s heaviest album, ‘Mongolians’ initially sold well (if you could find it) with very little label support. This album usually commands a high dollar price tag and trying to find a copy in this day and age is like trying to find a needle in a haystack. ‘Mongolians’, which will be sonically enhanced and remastered, will now be available to fans new and old for a decent price via FnA Records.

The last album being released will titilate and stimulate true Godz fans. Chock full of never before released tracks, b-sides, import only tracks, live tracks, and more, ‘The Godz – From The Vault Volume 1’ is sure to become a collectors piece amongst the die-hard Godz fans.