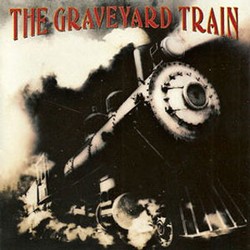 The Graveyard Train’s Debut Being Reissued With Bonus Tracks

Bad Reputation Records are set to reissue The Graveyard Train’s 1993 self-titled debut on July 15th. The reissue will be fully remastered with an intensive booklet that includes lyrics and pictures and five bonus tracks. The CD will be available for purchase at www.badreputation.fr.