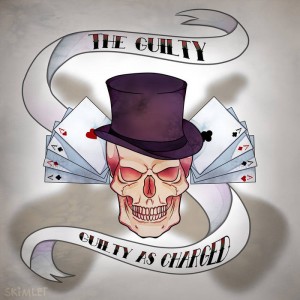 Back in October 2015, The Guilty released their debut album Guilty As Charged.

The last three songs on the other hand suffer from overambitious excess with way too much crammed into the songs. “Gimmie Love (Out Of Control)” sounds like a mishmash of ill-fitting ideas slapped together with its verses (which sound pretty good), the bridge from the verses to the chorus, and the chorus itself sounding just way too 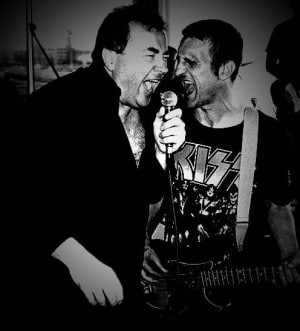 different and not really meshing to make a nice fluid song. “Hail Ceasar (Revenge)” just gets on my nerves with Atic‘s overall singing, the song’s terrible chorus with various words mentioned and the misplaced guitar harmonies (the latter being the best part of the song). “Dictator Head” starts off strong with a nice build up before losing my interest with another dull chorus and some random screams from presumably Atic. Again, too many ideas in one song.”

The Guilty posted the following comments while posting the Sleaze Roxx review of Guilty As Charged on their Facebook account on January 22, 2o16: “sometimes in life ya gotta take the good with the bad. This review on The Guilty album was very hard hitting and brutally honest. I had to take this review like a man and learn that the only was to get better as a musician is keep trying and work hard and stay focused and dedicated regardless of musical Genre. Here is the review. But i would suggest listen amd make your own honest judgement.”