Aussie rockers The Guilty have released the new song “Tough Times” for streaming from their upcoming studio album For The Love Of Beer, which follows the release of Dirty Money (2018), Rock On (2017) and Guilty As Charged (2015). 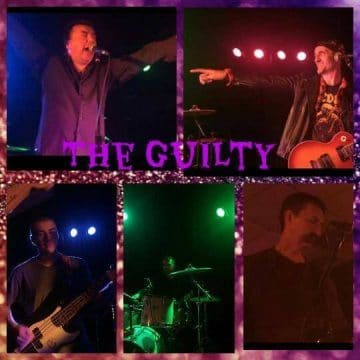 The Guilty‘s “Biography” on their Facebook page states (with slight edits):

“Two Blokes From Sydney decided they were sick of the music scene and decided to form a Hard Pub Rock band called The Guilty. It has a mix of hard rock, punk and metal.”

Sleaze Roxx stated as follows in its review of The Guilty‘s debut album Guilty As Charged: “Australian rockers The Guilty provide an interesting debut album. The first half of the album Guilty As Charged is quite good providing in your face rock n roll with some layers before the band kind of goes overboard and loses its way in the latter portion of the album.” Sleaze Roxx went on to conclude: “There is no question that The Guilty can write good or at least portions of good songs but I think simplifying things quite a bit and putting more emphasis on songs’ fluidity could pay off into possibly a killer album. Guilty As Charged is not that killer album but has enough good elements to it for me to give it an occasional spin from time to time in the future.”