German rockers The Handsome Dogs consisting of lead vocalist Porty Portner, guitarist Pete Potens, bassist Daniel Jacky Jung and drummer Lars Pank Lunova have unveiled a video for their new single “Living A Lie” from their upcoming new album slated for release in the summer of 2021. 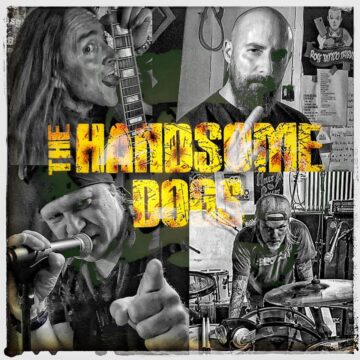 In an interview with Sleaze Roxx back in October 2018, Potens explained how The Handsome Dogs got started. He stated:

“Well, we all knew each other from a very young age and we all played in different bands but never had a chance to get together as a band. So about two years ago, the drummer and the other guitar player asked me if I wanted to join. Funny thing is that we all knew each other but had never played together in a band. We started out basically as a covers band. You know what I mean? We started out playing songs from the bands that we liked. We did not have our own material. That went really well with the covers and at what point, we said, “Well, let’s just write our own music. Let’s just start.” And it went like that and all of a sudden, we had like ten, twelve songs together that we played live. So we decided, “Well, let’s put that stuff on a CD.” That’s how it happened.”