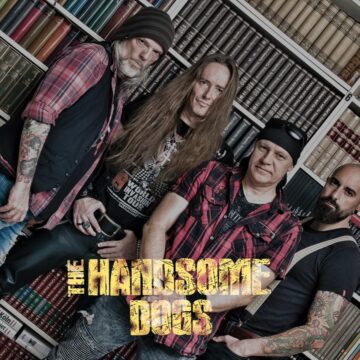 “The Handsome Dogs just released a new song/video called “Devilized”, as follow up of their first outputs with new line-up “Living A Lie” and “American Dream.” Both songs entered and topped after its releases different online rock radio stations for several weeks. The video features singer Porty Portner tortured by his own inner demon.

“So we hope”, says drummer Lars Lunova “we can climb some rock radio charts again with our newest straight rockin’ output. We like to get more airplay, get more in the ears of true rock audiences and create a bigger fan base. We’re also really happy to play live with our new bass player Jacky Jung for the first time at the Rhön Rock Open Air in Germany in August and support Rhinobucket in our region of south Germany in January 2022.”