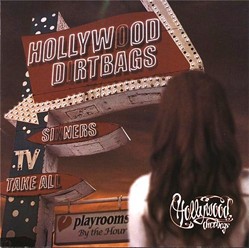 The Hollywood Dirtbags are bringing some serious noise back with their 9 song kick ass release ‘Sinners Take All’.

Conjuring up a potent mix of Dangerous Toys, Circus Of Power and Tuff — ‘Sinners Take All’ will rock your foundations as these guys aim fire at the Sleaze Rock scene and obliterate it.

Every song is brimming with spit and vinegar and has that defiant 80’s rock swagger written all over it. If you’re looking to get your hands on some new Sleaze Rock done right then the Hollywood Dirtbags are for you — as SleazeRoxx.com said in a recent review, “With a nasty attitude and lyrical content that consists of sex, sex, sex and sex (I’m sensing a trend here), Illinois’ newest sleaze merchants have served up a debut that will appeal to rock fans who like ample amounts of piss with their vinegar.”

This album is sliver pressed and now available for purchase and preview through Demon Doll Records at demondollrecords.com/hollywood_dirtbags.