Legendary ’70s era rockers The Hollywood Stars will be releasing a live album titled Live On The Sunset Strip via Golden Robot Records on October 29, 2021. 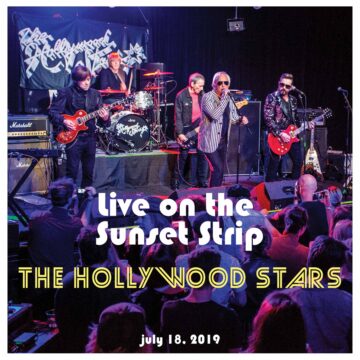 “This is a high energy live performance of one of Hollywood’s legendary bands of the 70s, The Hollywood Stars, with an introduction from well-known radio host and honorary mayor of the Sunset Strip, Rodney Bingenheimer. The tracks range from hard driving, to whimsical, to beautiful and back again. Great guitar work is complimented by three and four-part harmonies throughout. It is the very best of the band’s three albums worth of material with recent updates and arrangements.

Live On The Sunset Strip will be released digitally on October 29th Via Golden Robot Records.

It would seem like every nook and cranny in rock ‘n’ roll history has been explored ad infinitum by this point. Countless books and magazine articles have been written, painstakingly excavating the lives and careers of everyone from Chuck Berry to Aerosmith, Wanda Jackson to Arcade Fire. But what if there was a band with deep roots whose story had barely been broached? A band with direct ties to Little Richard, The Kinks, The Mamas & the Papas, The Electric Prunes, The Strawberry Alarm Clock, Alice Cooper, Kiss, Iggy Pop, The Runaways, The Flamin’ Groovies, Bachman-Turner Overdrive, Steppenwolf, Meat Loaf and Blue Cheer, among others?

Such a band does exist. They are The Hollywood Stars. And now, after more than 40 years apart, they are performing together again and making new music.

Live On The Sunset Strip Track by Track:

“King Of The Night Time World” — Leading off the album, Rodney Bingenheimer introduces the band as they jump right into a driving version of a song originally recorded by The Hollywood Stars in 1974, and later modified and recorded by KISS on their Destroyer album. Inspired by one of the members of the band, it is a song about young lovers trying to get together away from their parents and school.

“Escape” — The second track is another song originally recorded by the band in 1974 that was later modified and released by Alice Cooper on his Welcome To My Nightmare album. The song is about someone who runs for their life to avoid getting 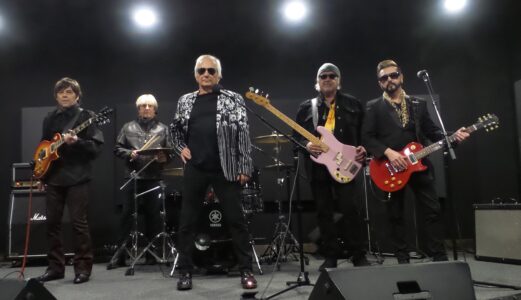 entangled in any long-term relationship and avoid anyone with a strange vibe. The track is filled with the drive and harmonies the band is known for.

“Sunrise On Sunset’ — From their Sound City LP, this hard driving number is about a musician who comes to LA and is living on the street, hoping to get a break one day.

“All The Kids On The Street” — A raucous version of the band’s only single from the 70s, this song combines the beat from the Sound City version and the vocals from the single.

“Supermen Are Always Gentlemen” — Mars Bonfire (“Born To Be Wild”, Steppenwolf) penned this heavy song for the band. Heavy guitars and drums accompany a sound-effected lead vocal about some who is “weird” and “feared”, but is a gentleman. No use explaining this song, just listen!

“Modern Romance” — A lush, slow song complete with piano and strings played by lead singer, Scott Phares, and beautiful harmonies sung by the band, this song is about two lovers that meet and part with the hope of getting back together again one day because their love “never did end.”

“Tough Guys Never Cry” — One of three songs written by Mars Bonfire (author of “Born To Be Wild”) for the band, began this track with pounding drums and a throbbing chorus of the band singing in unison. It is about a man who has learned over the years to “hide his feelings well” espousing the credo “Dead men never show emotion, tough guys never cry.”

“Too Hot To Handle” — A straight-ahead rocker about a person whose lover is “just too hot to handle.” The song tries to explain that while he loves the subject of the song, sometimes she’s just too much.

“I Can’t Help It” — A completely rewritten version of a song from the Sound City LP, this rhythmic tune is about someone who just can’t help falling in love and is nearly obsessed with the object of the song.

“Make It To The Party” — A throw back to a 50s rock ‘n’ roll sound, this rocker is about a guy who is trying to get his girl to come out to a party with him despite the girl’s protective mother.

“Habits” — This is a no holds barred closer to the set. It’s loud, it’s loose, it’s exciting. It’s about people’s habits that can take over their lives and yet it is a lot of fun.”