The Hots release video for debut single “Before You”

The Hots have released their debut self-titled EP and a video for the track “Before You.” The EP was produced by legendary producer Mark Opitz (AC/DC, INXS, Rose Tattoo).

The new group describes itself as follows on its website (with slight edits): 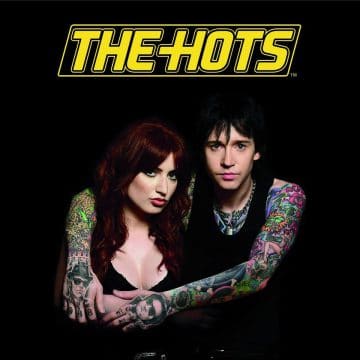 “The Hots are a Los Angeles based hard rock duo formed in Sydney, Australia by front woman Foxie Kelly and guitarist Ronnie Simmons. The Hots made their live debut playing for motorcycle clubs around regional Australia in 2017 and their debut single and music video ‘Before You’ comes out Nov. 8, 2018. ‘Before You’ is the first single from The Hots‘ self-titled EP produced by legendary Aussie rock producer Mark Opitz that is set for release Nov 22 2018.

Foxie Kelly has everything a rock front woman should; powerhouse vocals, an enticing presence and an all or nothing attitude. Foxie Kelly is determined to make her mark and at a young age, has already stood her ground in the company of esteemed rock ‘n’ roll veterans.

Ronnie Simmons has gone from playing guitar with Aussie rock royalty Rose Tattoo and The Screaming Jets in Australia to punk rock legend Richie Ramone of The Ramones in the the USA. As well as this, Ronnie has made his mark around the world supporting stadium acts such as Alice Cooper, Aerosmith, Van Halen & Mötley Crüe.

In early 2018, The Hots were invited to record their debut EP with world renowned record producer Mark Opitz. ​

The Hots‘ “Before You” video:

The Hots – Before You (Official Music Video)

The Hots debut single from the EP produced by Mark Opitz – buy it now at https://www.thehotsofficial.com/shopVideo Produced by Vashti RosenbergSpotify: https…