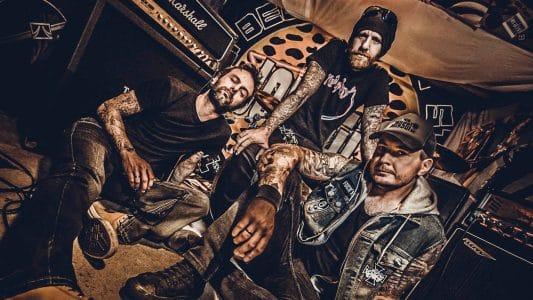 Hungarian rockers The Joystix have released a video for their song “I Don’t Believe In Rock ‘N’ Roll (Anymore).”

In a rather unprecedented move, Hungarian website HammerWorld reports that The Joystix will be releasing a “split” album with French rockers High-School Motherfuckers where each band will have five songs on the record.

Sleaze Roxx stated the following in its review of The Joystix‘s last album Punchline: “As it turns out, Hungary based The Joystix have been playing their brand of sleazy filled punk rock n’ roll for more than a decade having started out in 2005. What makes Punchline such a good album is that the songs are really catchy and melodic yet raunchy, sleazy and with a sizeable amount of attitude. While the songs on Punchline are simple, they don’t feel “too” simple…”