The Joystix release video for their song “Boogie”

Hungarian rockers The Joystix have released a video for their song “Boogie” which features some vintage video footage of women doing the “boogie” with very little clothing on. 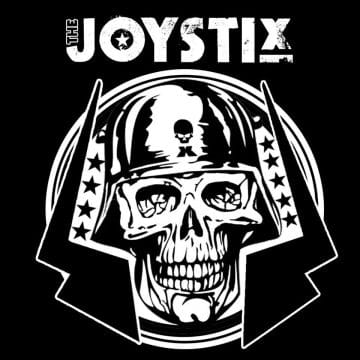 Sleaze Roxx stated the following in its review of The Joystix‘s 2015 album Punchline: “As it turns out, Hungary based The Joystix have been playing their brand of sleazy filled punk rock n’ roll for more than a decade having started out in 2005. What makes Punchline such a good album is that the songs are really catchy and melodic yet raunchy, sleazy and with a sizeable amount of attitude. While the songs on Punchline are simple, they don’t feel “too” simple such as what can be found from punk rock n’ rollers such as Sum 41 and Green Day.”

Sleaze Roxx went on to conclude: “I am glad that I gave The Joystix a chance because they are definitely the surprise of the year so far and I am even more pleased that someone — whomever that is — sent me Punchline to listen to because it’s quite simply a solid album. It’s not the type of music that I might usually gravitate to but I got to give credit where credit is due and The Joystix have come up with an album that can transcend quite a few musical genres including the sleaze hungry faithful readers at Sleaze Roxx. Paraphrasing what the immortal Lemmy Kilmister once said about Twisted Sister to a hostile UK crowd, “These are friends of mine from Hungary. Give ’em a listen. The Joystix.””