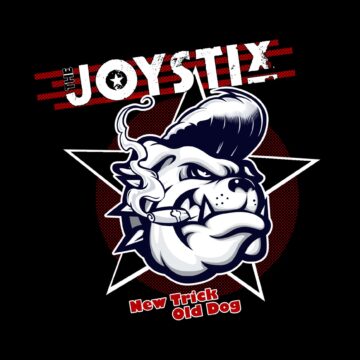 “The Joystix formed in July 2005 on the ruins of two former band members’ punk rockabilly band called Sonicdollz (Szöszö – singer/guitar player, songwriter; Jimm – drummer). A third member Andras Simon on bass joined the group. The style of Joystix is best defined as punk/rock’n’roll. The main influences are bands like Iggy and The Stooges, Ramones, New York Dolls, and also Backyard Babies and The Wildhearts.

The first record titled Playin’ With Fire was released in the autumn of 2006 by French indie label Shotgun Generation Records/Active Entertainment, and was distributed by PIAS in Europe. This record got several positive reviews in several fanzines, music magazines all around the continent. After the releasing of the record, the band had the opportunity to play in European countries such as the Netherlands, Germany, Romania, Serbia, etc. In the same year, the band shot a videoclip to the song “Better Things To Do”, which aired several times on the Hungarian music channel Viva.

In the beginning of 2007, the band got an offer from the French label Kicking Records to record five songs and make a split record with the French band Flying Donuts. In the spring of 2007, the split record titled This Machine Makes Loud Records was released on CD and also on vinyl. During this time, one of Hungary’s biggest label made a deal with the band to distribute the record in Hungary.”