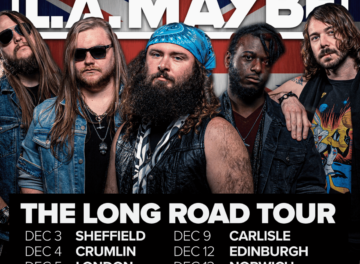 American rockers, The L.A. Maybe, consisting of lead vocalist Goliath Furr, guitarists Dallas Dwight and Drizzle Silvera, bassist Rahsaan Lacey and drummer Ryan Fosnow will be embarking on a tour of the UK in December 2022. The group recently released a deluxe edition of their debut full-length album Dirty Damn Tricks. 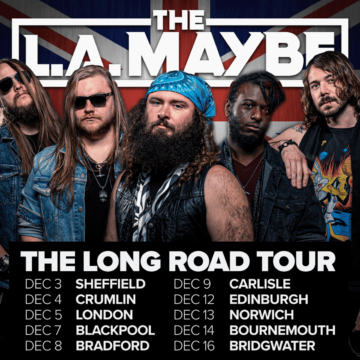 Sleaze Roxx stated the following in its review of Dirty Damn Tricks Deluxe Edition: “There is definitely a plethora of the New Wave of Classic Rock styled bands but very few that I’ve heard have quite this quality of songs or this sheer unadulterated pleasure flowing from your speakers that The L.A. Maybe provided here. Quite simply – and either in deluxe version or the original release – this is a fantastic album and should remain on every rock fan’s playlist for many years to come.”