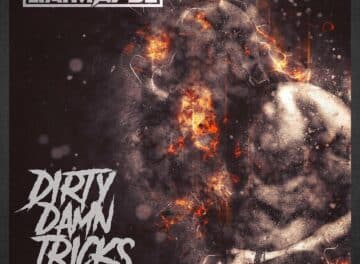 The L.A. Maybe will be releasing a deluxe edition of their debut full-length album Dirty Damn Tricks on August 26, 2022. The deluxe edition will reportedly feature six additional tracks that will presumably include the band’s new singer Goliath Furr. 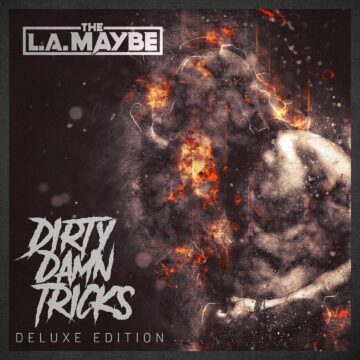 A lot of changes seem to have occurred within The L.A. Maybe camp since the release of Dirty Damn Tricks back on March 26, 2021. Lead vocalist Alvi Robinson, who was one of the select few to audition for AC/DC back in 2016, apparently left The L.A. Maybe about a year ago and the group also shrunk from a six piece to a five piece.

Sleaze Roxx stated the following in its review of Dirty Damn Tricks:

“Overall, The L.A. Maybe‘s Dirty Damn Tricks has some tremendous songs on it but those are confined to the first four tracks. After that, it’s mostly downhill with the tracks not measuring up to Robinson‘s vocal talent. Sure, Robinson saves some of the remaining songs making them listenable simply because he’s got a great voice but if anything, The L.A. Maybe prove that even with one of the best youngest singers in the line-up, you still need killer songwriting to make a great rock n’ roll record. The L.A. Maybe have a couple of really strong tracks on their debut full-length album but not enough to keep my attention throughout the entire record. That being said, coming up with three to four killer tracks on one album needs to be celebrated somewhat. I think the best is yet to come for The L.A. Maybe and with some refining of their songwriting, they have the potential to put out a really killer rock n’ roll album.”

The following are messages exchanged on The L.A. Maybe‘s Facebook page in the last week or so about their upcoming deluxe edition album and the status of Robinson in the band: 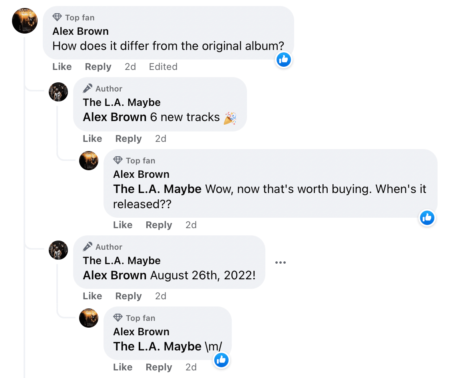 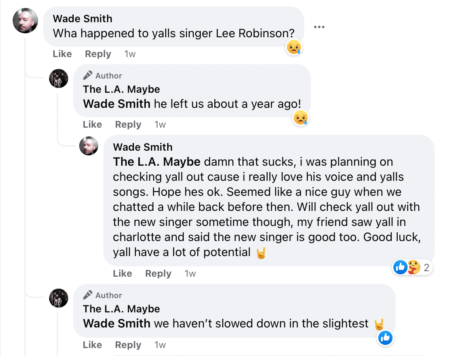